Sub-surface dripline irrigation technology is recognised as being the most efficient method of watering shrubs, plants and grass. It eliminates the risk of water evaporation by the sun and wind as well as the risk of run off. Instead, it irrigates plants exactly where needed - at the roots - and can do so throughout the day. 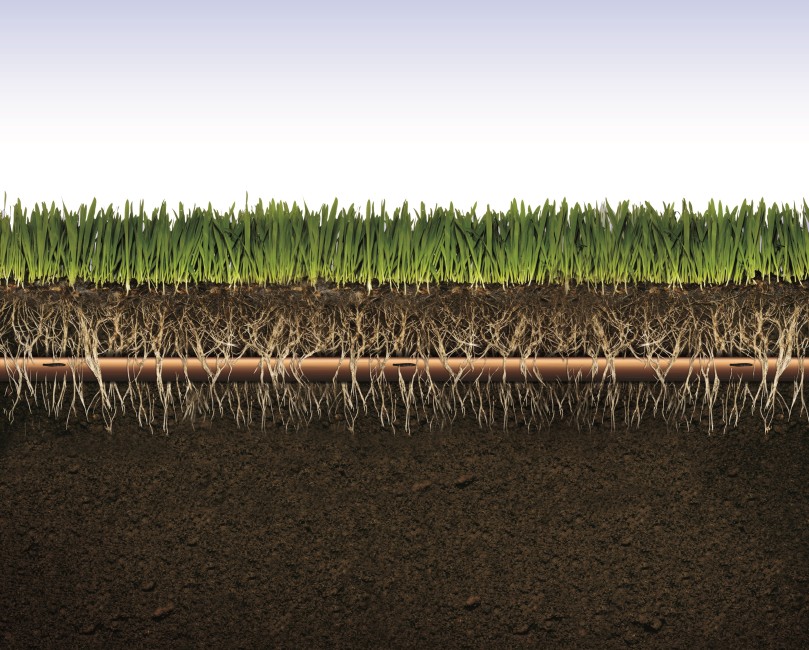 The effectiveness of sub-surface dripline technology has in the past been somewhat compromised by the risk of infiltration of roots into the emitters and by the limitations of available flow rates. Both these potential problems have been overcome with Rain Bird's introduction of their new 1.6 litre per hour flow rate XFS Dripline system. This not only allows emitters to be up to 30% smaller in diameter, but also benefits from Rain Bird Copper Shield Technology that releases copper ions which bind to an attacking root tip and stop it from infiltrating the emitter.

With the lower 1.6 litre per hour throughput of water, the design and installation of dripline systems is now also more flexible and less work for the installer. The lower water flow means that significantly longer runs of XFS dripline can be used resulting in more efficient irrigation system layouts and less on-site cutting and joining for the installer. Smaller valves and pumps can also be specified which will reduce costs.

Rain Bird is the only company to offer a sub-surface dripline with copper plate root extrusion technology. With flow rates of both 1.6 and 2.3 litre per hour, specifiers and installers have a product choice to suit many different landscaping, commercial and sports applications. Together with their on-surface solutions, Rain Bird's comprehensive dripline range remains unrivalled.