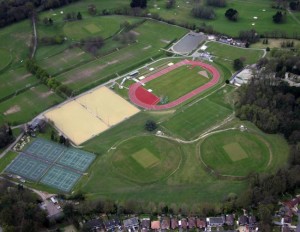 These are some of elements of an ambitious scheme revealed by council chiefs to restore Southampton Sports Centre as one of the jewels in the city's crown.

The proposals come after more than 1,200 people responded to a consultation over the future of the centre, with 93 per cent of those who responded saying the existing facilities would benefit from improvements, 85 per cent saying they it should be at least a regional centre and a majority saying they would use it more often if it was improved.

The sports centre in Lordswood has come under fire for its dilapidated state, with even an Olympic legend criticising its poor condition.

Now Southampton City Council has unveiled its proposals for the site's future of the site after officials met with governing bodies of athletics, cycling, football, tennis, hockey and netball, as well as representatives of Sport England, to review the consultation feedback before drawing up the plans.

Yet how the revamp would be funded is not yet settled. The council says it would put up some money but more would have to be raised from sports governing bodies. Southampton Football Club could even be approached to help out.

It has led again to fears that council chiefs could eventually have to sell off some of the land at the sports centre for housing to fund the scheme.

The main element would be the creation of a central hub featuring quality changing facilities, a cafe/restaurant, meeting rooms for clubs and classrooms for coach education.

It could also include a fitness gym for people who prefer to exercise indoors, which would raise money to help fund the centre.

There would also be 3G artificial pitch created for football to supplement the grass pitches which the council admits are in a poor condition and often see matches called off.

The council also wants to resurface the existing tennis and netball courts and continue to provide the two artificial pitches for hockey.

Completely new would be a closed road cycling circuit, one kilometre long and six metres wide, which the council says has the potential to be used for a wide variety of activities, in addition to competitive cycling.

Labour council chiefs say the improvements would allow the sports centre to compete on a regional and even national level.

Leader of the council Simon Letts, above, said: "It has been in need of upgrading for some years now and if we are going to have a centre of sporting excellence we are going to need a facility that delivers that. 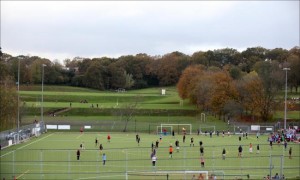 "The council will raise the money to deliver some of the resources but we will also be looking to places like Sport England and the Lawn Tennis Association, which needs to reinvest in grassroots tennis and sport.

"We would also look to Southampton Football Club to use some of their resources and improve grassroots football in the city.

Cllr Satvir Kaur, the cabinet member for communities, culture and leisure, said: "It is not only about making sporty people more sporty but targetting hard-to-reach communities and individuals and having other activities on offer.

"Activities such as walking and cycling as well as more traditional sport to make sure there is a big mix.

"We want it to be used all year round and at different times to the peak times which are summer and during daylight hours.

"I am really excited about the development, it was first built in 1938 and it is about time we brought it into the 21st century and have activities that are relevant to communities that live in 2016 and beyond."

But John Hannides, a Conservative councillor for Bassett said: "The approach I have been keen to achieve is a wide consultation so that what we get is what the users of the sport centre want.

"You get users that are sports people then there are recreational users, it is very important that we get a balanced approach for the sport centre, we don't want to close off any users.

"If the council are funding this would they be looking to sell off pockets of land that currently sit within the site, which I would be totally against."

Cllr Letts said he could not give a 100 per cent guarantee that would not happen but said: "There are no plans to sell off land at the moment. We hope to carry it out without that.

"There are no plans to sell off sport centre land to pay for this at the moment and we hope to raise the money through different ways."

The facility was first opened in 1938 and has been run by Active Nation on behalf of the council since 2010.

Over the years the centre has trained sporting greats including Kriss Akabusi, below, Todd Bennett, Iwan Thomas and Roger Black.

For the full article, visit www.romseyadvertiser.co.uk.