by Georgie Scott
in Machinery & Mechanics, Tennis, and Golf
on 22 Sep 2017

Constant evolution is what sees Roehampton Club remain one of the best multi-sports Clubs in the UK. Every year for the last three years, there has been a major development at this attractive Club in South West London. As it embarks on its next, which is a £3.5m investment on refurbishing its outdoor pool and adding new studios to the gym, one thing that remains the same is the club's relationship with Toro machinery, recently confirmed again with the signing of yet another five-year exclusivity agreement. 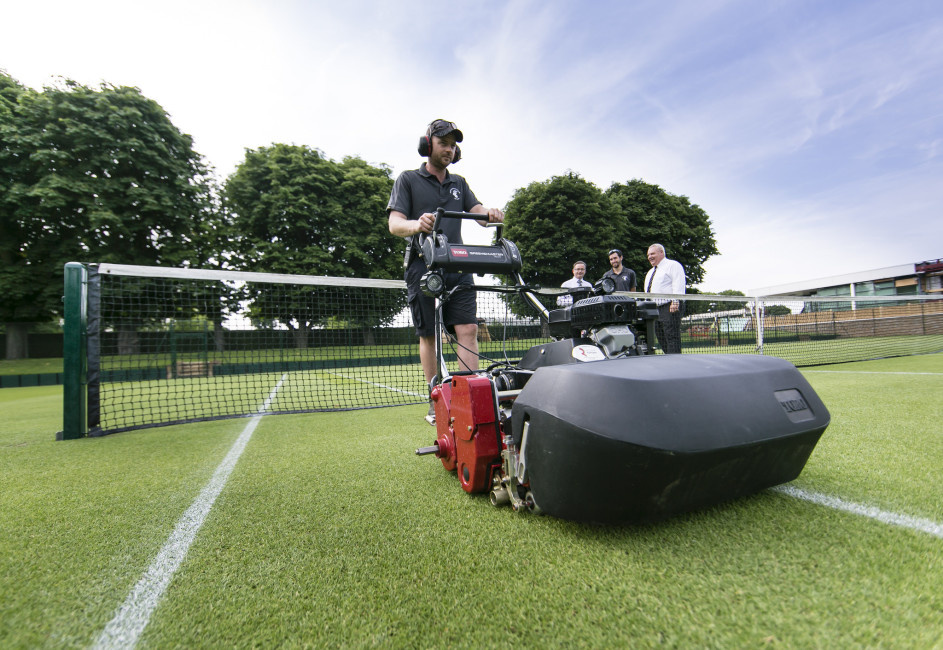 Roehampton Club has a rich and illustrious history with its origins in polo and croquet rather than the four core sports of golf, tennis, squash and health and fitness it is known for today. Then as it is now though, Roehampton is at the heart of London sporting society.

The priority for course and grounds manager, Peter Bradburn, who heads up a team of 20 is to maintain the high standards on the golf course, tennis courts, croquet lawn and gardens. With its Toro fleet set to grow by up to 75 percent under the new agreement to include machines suitable for all three surfaces, the Club has once again chosen Toro, after conducting a thorough market testing exercise.

"I've been involved in the building of golf courses all around Europe," Peter says. "And although the country - most recently Cyprus (Elea Estate Faldo design), Turkey (Maxx Royal Montgomerie design) and Italy (Palazzo Arzaga Nicklaus design) - changes, Toro has always been a constant. In fact, many projects I have worked on were intentionally undertaken because they involved working with Toro as you can rely on the quality of Toro's equipment, aftercare and service.

"This agreement encompasses all the turf-based facilities we have here, the management of which requires a multi-disciplined approach".

Included in the first order under the new agreement comes the Groundsmaster 4700-D and the Greensmaster 3250-D for the 18-hole parkland golf course, which in 2015 was accepted by the World of Leading Golf for the quality of the course. The reason behind choosing the GM4700-D is the greater width of cut it offers. Peter says: "We've changed how we manage the roughs by opting for a machine that can deliver a wide cut each time. This improves our timings working around the course, meaning we get things done more quickly."

Improvements have also been made to the way the fairways are managed. Groomers have been added to the new GM3250-D, which Peter and the team have found enables a better quality of cut in damp conditions. "We can cut in all weathers using this machine", he says. "And being able to get straight out on the course in the morning regardless of the dew, and start cutting, improves the day's productivity."

Being the course and grounds manager of a multi-sports venue involves, says Peter, "wearing many hats!" There are four croquet lawns at the club, all at international standard and reputed to be the best in the UK. Hosting the Croquet World Cup and International Open Championships each year and regular internal and external tournaments, it is essential all four lawns live up to expectations. Peter explains: "Cutting on the croquet lawns is low at 3mm to create a billiards table finish. The Toro Greensmaster 1600 pedestrian mowers fitted with 11-blades deliver a 3mm cut without losing the velvety finish our players like."

For the 30 tennis courts, of which ten are grass, Peter has brought in Toro's Greensmaster 1000 pedestrian mowers. "Tennis is a very different surface to manage to golf and croquet. A good, consistent bounce is required and to achieve that the courts must have a high clay content and the grass plant must be well established with a dense root mass to stabilise the ground similar to that used for the cricket field, otherwise the wear caused by play traffic would disintegrate the surface very quickly. The GM1000 mowers offer a precise but gentle cut, ideal for this surface."

Rubbing shoulders with the other 'greats' in the area: The Hurlingham Club, Queens Club and the All England Lawn Tennis Club, Roehampton Club is set apart by being the only one to offer golf for its members. It is ranked one of the best sports clubs in the country and Peter and the club's greenkeepers who skilfully maintain all grass surfaces with Toro machinery take great pride in that.