Worcestershire may be forced to move their first home game following the customary flood problem at New Road. 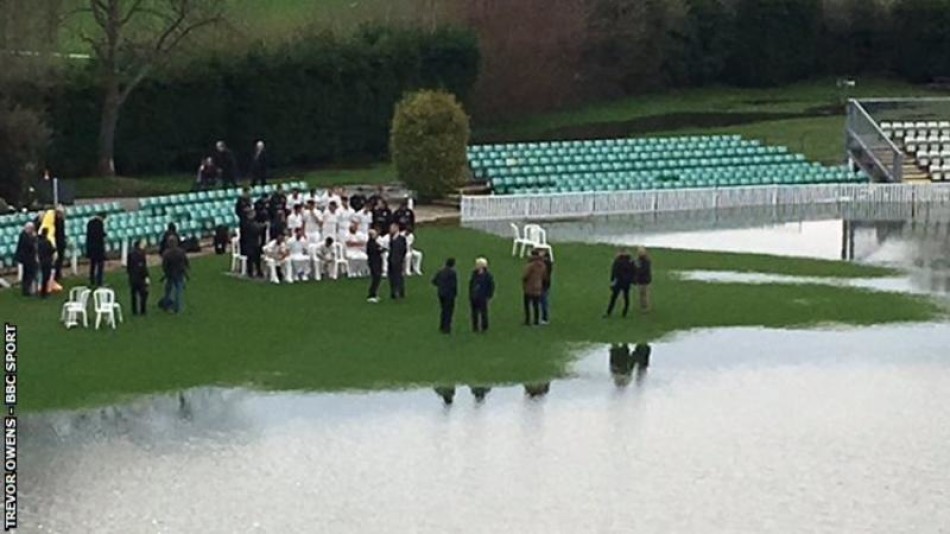 Over two-thirds of the outfield is currently under water following prolonged heavy rain throughout March.

Although they had been scheduled to start with two away games, to avoid such an eventuality, the first County Championship home game on 27 April against Nottinghamshire is now at risk.

"I hoped we wouldn't be affected much," said chief executive Matt Rawnsley.

"But the water has come up quite a bit in the last 24 hours. And we expect the levels to peak on Friday."

Promoted Worcestershire start their Championship campaign with two games, against Hampshire at Southampton and Somerset at Taunton, before the scheduled visit of fellow-promoted side Notts.

If New Road is still unfit, it is expected that the game would be switched to either Flagge Meadow - home of Worcester Royal Grammar School - or Chester Road, Kidderminster, which has long been one of the county's most popular 'outgrounds' and was officially upgraded to become their second home following the big flood of 2007.

"The square is about a third under water and the outfield, which is slightly lower, is two-thirds under," added Rawnsley.

"The groundstaff like to have three weeks to prepare once the flood waters have receded, so we'll look again in the middle of next week.

"But we have some contingencies in place that we can go to other grounds."

They cannot switch fixtures with Nottinghamshire as the return Championship game at Trent Bridge in late June is scheduled as a day/night game.