by Football Foundation
in Synthetics, Football, and Cricket
on 18 Jan 2020 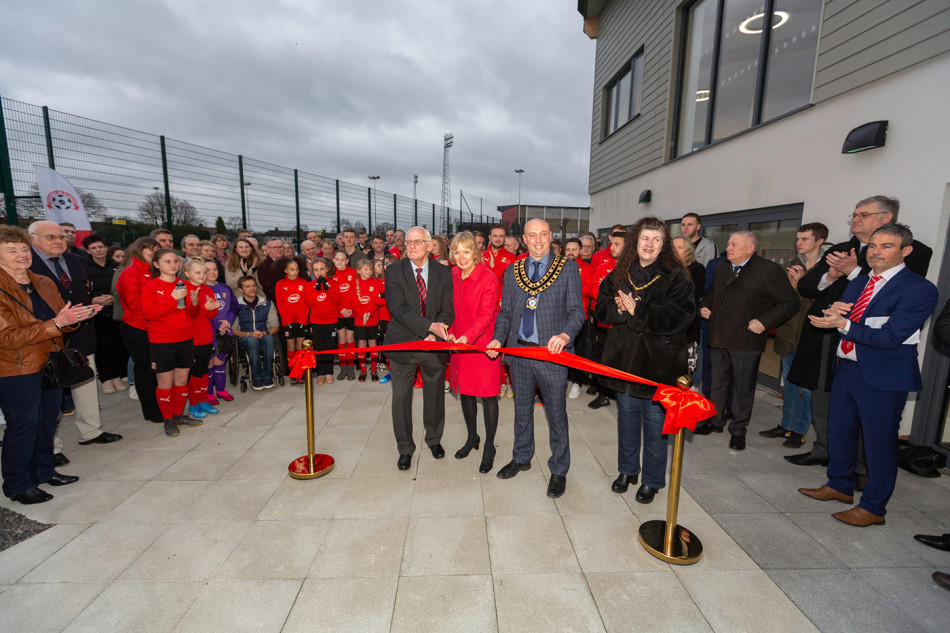 The sports hub was made possible thanks to investment from the Premier League, The FA and Government's Football Foundation, as well as grants from The Nigel Eady Trust, Sport England, Swindon Borough Council S106 and a significant contribution from STFC Community Foundation.

After netting a £1 million pound grant from the Football Foundation, work begun on the site in February 2019. The facility has been constructed on an area of recreational land situated behind the County Ground, the home of STFC, which is also home to Swindon Harriers Athletics Club and Swindon Cricket Club.

The grant enabled STFC Community Foundation, the community charity attached to Swindon Town Football Club, to provide a new facility for the community, which will allow access to first-rate facilities and sporting activities to much greater numbers of people throughout Swindon and Wiltshire.

The 3G pitch has been in use since May and has already enabled the Foundation to offer additional coaching sessions, school PE lessons, more football festivals, as well as match-day activities for thousands of children and adults of Swindon.

Prior to the construction of the facility, the STFC Community Foundation were finding it extremely challenging to access good quality facilities to host the numerous projects and programmes that the Foundation deliver on a weekly basis.

The site will also be used by several partner clubs and schools, including Swindon Harriers Athletics Club, Drove Primary School, Wanborough Junior FC and Ferndale Rodbourne FC. Additionally, the pitch is available for hire to anyone in the community.

Jon Holloway, Head of STFC Community Foundation, said: "We would like to thank John Trollope and Nicky Alberry for joining us on this momentous occasion and officially opening our new facility. Can we also take this opportunity to recognise and show our appreciation for the significant contribution our funders have made to making this dream come true. Huge thanks to the Premier League, The FA and Government's funding through the Football Foundation, as well as the Nigel Eady Trust, Swindon Borough Council and Sport England.

"When Clive and I first started at the Football in the Community over 25 years ago we delivered our first ever children's football holiday course out on this open area and to now see the children using this wonderful state of the art community facility, it makes us feel extremely proud of what has been achieved."