by Football Foundation
in Football, General Interest, and Synthetics
on 07 Feb 2019 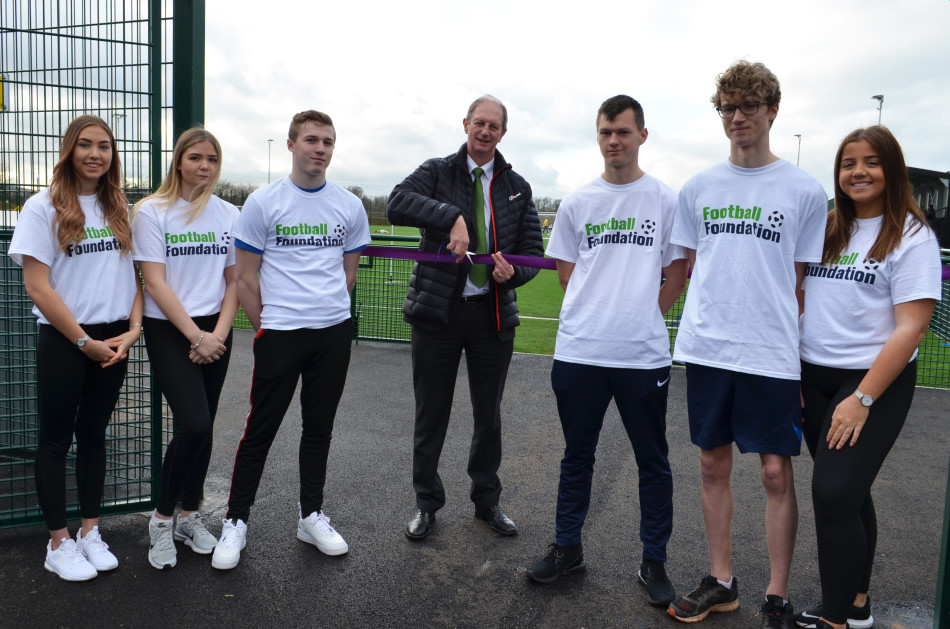 Their new facility was made possible thanks to investment from the Premier League & The FA Facilities Fund, which is delivered by the Football Foundation.

The grant has enabled South Devon College to install a new 106m x 70m floodlit 3G AGP alongside its sports centre, which will become the official home to the Pro: Direct Devon Football Academy. The Academy currently involves 65 dedicated students training several times a week playing matches all over the country.

The new sports hub at the college comprises of the all-weather pitch, changing rooms and a Multi-Use Games Area (MUGA) - inspiring all individuals to participate and enjoy spectator sports. In addition to this, sport education and training programmes from both the college and neighbouring South Devon High School will be delivered at the site.

Designed with a strong emphasis on local community, the South Devon Sports Centre will act as a central sports hub for college students as well as residents across South Devon, who will have access to the facilities for a wide range of sports and activities including football and netball.

South Devon College were awarded a £500,000 grant from the Premier League & The FA Facilities Fund towards the project. The college worked alongside the Football Foundation and the Devon County FA to compile a five-year Football Development Plan, which is a vision of how sport will be played on site with an emphasis on increasing participation.

More than 1,500 people are expected to start playing football on the pitch over the next five years. The creation of nearly 40 affiliated football teams will also support a huge growth in the number of participants playing competitive football. Of this, the formation of five female teams will support 88 players within this demographic.

For the full article visit: www.footballfoundation.org.uk/