A vision of the new multi-million pound shared sports stadium for Workington has been unveiled. The News and Star newspaper has revealed Allerdale council's plan for an 8,000 capacity stadium - which would be home to Workington Reds and Workington Town. 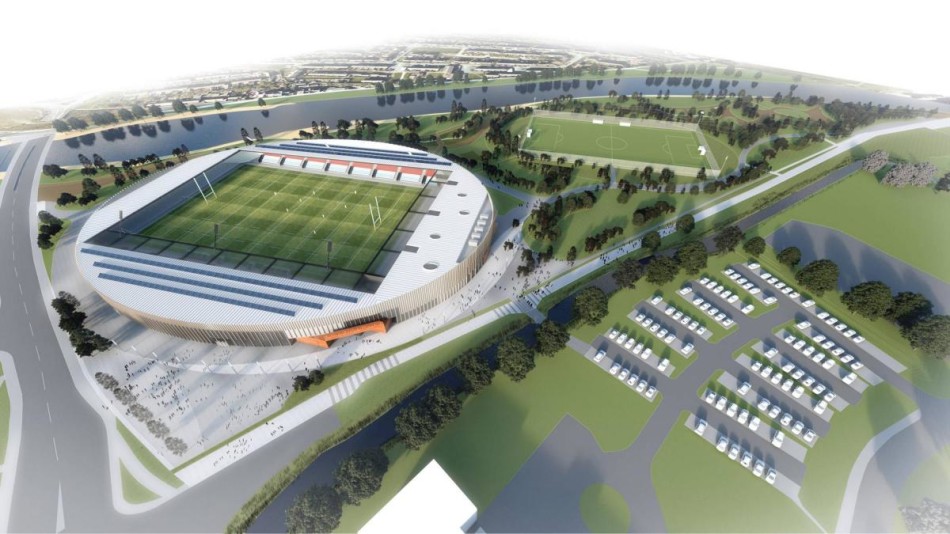 The facility, which is estimated to cost around £15 million, will be developed on the current Borough Park site, home to Reds, and the recently acquired nearby riverside land - formerly a dog racing track.

It is hoped that the stadium would be complete by 2021, and could possibly host the Rugby League World Cup, if the council's bid to stage a game is successful.

The stadium will help to secure the future of the town's football and rugby league clubs, along with providing facilities to the wider community and grassroots sports.

Workington Town spokesman Barry Scholey, said: "The concept designs look fantastic and set the bar for the ambition we have for the facilities we want for our players, our supporters and the local community.

"Of course, there is a lot more work to do but we've worked well as a team on this so far.

"If we are going to turn these aspirations into reality, we need to keep the momentum going whilst making sure that all of our requirements are satisfied.

"We also need to work it through our own governance arrangements at the club."

The project, which would be funded by a mixture of grants, sponsorship and money from partner organisations, is expected to be completed by spring 2021.

It is hoped that a planning application will be submitted this winter.

The planned development includes an 8,000-capacity stadium, with a mix of seating and terracing, and a full-size synthetic pitch for community use.

The plans have been drawn up by architects Holmes Miller, who are internationally renowned for building stadiums.

A council spokesman said no final costs had been confirmed but it is estimated the stadium could be built for £15m. And the authority hopes the facility would generate its own income from conferences and events, as well as rent fees to other users.