0 New Supaturf Appointment for the South 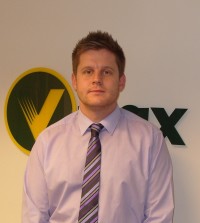 Vitax has announced the appointment of 28-year-old Allan Wainwright as Technical Sales Representative for Supaturf Line Marking Machines and Liquids in the South of England.

Allan, who is based near Maldon in Essex, joins the company after a varied career in sales spanning the past ten years. During this period, he worked in sales roles in the glazing and sign industries before starting his own sign business. He later moved on to work in recruitment in London and Leicestershire.

Allan said that, as a keen footballer, the Supaturf role gives him the opportunity to work with people who share his enjoyment of sport. "The role means I'm out on the road every day meeting people who are involved in sport at every level," he said.

Mike King, Sales Manager for Supaturf, said that Allan had already demonstrated his ability to understand both the products and the needs of the customer. "His enthusiasm and ability with people are perfect for this role," he said.

Allan's new territory includes Kent, Sussex, Dorset, Surrey, Hampshire, Berkshire and Greater London. Anybody within these areas who requires more information on any Supaturf products can contact Allan on 0781 684 9559 or by email at allan.wainwright@vitax.co.uk