The decision by Perth and Kinross Council means extensive work can now begin on renovating and remodelling the course, which opened in 1923, as part of a landmark project led by Meteor Asset Management to transform the spectacular Taymouth Castle estate, just 40 miles north of Gleneagles, into a luxury boutique hotel and collection of private residences.

Golf course architects Weller Designs, in association with Scotland's number-one home-based professional golfer, Stephen Gallacher, has been appointed to oversee the work, which includes a significant rerouting of the course, two new holes close to the River Tay, nine new greens, 18 new tees, restoration of all bunkers and the lengthening of the course to just over 7,000-yards.

Bruce Weller, principal course architect on the project, said: "While we are restoring a James Braid design, the remodelled course will certainly be long enough for championship golf and will be an unforgettable experience for the amateur golfer.

"The landscape is breathtaking and will play a huge part in the enjoyment of the experience. That's why we're excited the rerouting of the course has enabled us to create two new holes close to the River Tay, which will make for a spectacular backdrop."

The site of Taymouth Castle has been the ancestral home of The Earls of Breadalbane and the Campbell Clan since the 1550s, and was visited by Queen Victoria in 1842. (The Castle doubled for Balmoral in the 1996 Queen Victoria film, Mrs Brown.)

However, after the 7th Earl of Breadalbane, Gavin Campbell, gambled away his entire Scottish estate, including Taymouth Castle, in the casinos of Monte Carlo, the castle was sold and converted into a fashionable hotel and a luxury retreat for the 1920s elite, with five-time Open Champion James Braid designing the original 12-hole layout.

A further six holes were added in 1948, but by this time the hotel had been requisitioned by the Government as a convalescence home for soldiers, eventually becoming a boarding school for the children of American servicemen in the 1970s. The castle then fell into disrepair in the 1990s.

It's Braid's classic design features - raised greens, pot bunkers and strategic dogleg holes - that Weller is now putting back into the golf course.

"In Braid's time, the bunkers would have been deep, but due to poor maintenance over many years, they had become flattened out and uninteresting," continued Weller.

"To make the bunkers a feature of the course again, and to add definition to individual holes, we have created steep grass-faced bunkers, which are dramatic and integral to the course strategy.

"In terms of the raised green complexes, Stephen Gallacher has played an active role in their remodeling. He was keen to have running approaches to force short-game skills to come into play. He also wanted to include slopes and swales around the greens, to test shot-making. The result will be very exciting."

Stephen Gallacher said: "This is the first golf course design project I have been involved with and my role has been to advise on the positioning of bunkers, tees and greens to make it a championship course from the professional tees. At just over 7,000 yards, it may not be as long as many modern championship courses, but there are plenty of strategic challenges to make the course demanding, with a tough start and finish.

"To my mind, good golf course design is about creating a course that is enjoyable and fair for all, and I believe that is what we have achieved at Taymouth Castle."

With the restoration of the main castle and East Wing to provide hotel accommodation, restaurant and spa, Taymouth Castle will benefit the surrounding community by bringing significant investment to the area and create a unique sporting destination.
Tourism professor John Lennon predicted that over 300 jobs will be created and £30 million injected into the local economy annually.

Martin Mortimer, Development Manager for Taymouth Castle Estate, said: "Our vision is to make Taymouth Castle a world-class golf and sporting estate. The conversion of part of the castle into a clubhouse with spike bar and changing rooms is nearly complete, while the restoration and remodelling of the golf course will continue over the winter and spring of 2012, with the course ready to play by July 2012.

"The staging of the Ryder Cup in Scotland in 2014 will be an important time for Taymouth Castle and we will be looking to optimise those opportunities." 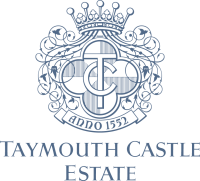 • The construction of 18 new tee and nine new green complexes, plus a practice putting green. The new green complexes will restore the greens to their former glory, with raised structures surrounded by pot bunkering, a feature of James Braid designs;
• Revised layout of two loops of nine holes returning to the clubhouse after the first nine, allowing play to start from either the 1st or the 10th tees, increasing the number of daily rounds that can be supported as well as making it better suited to tournaments and the general management of tee times;

• Increased length from the back tees, taking the total course length to around 7,000 yards to give it additional status and making it more attractive to top golfers;

• Two new holes created to the north west of the existing course where the gently rolling site lends itself beautifully to golf and offers the opportunity to locate a green and tee close to the River Tay with visually stunning backdrops, while introducing more strategy into the new golf holes;

• Redesigned greenside and fairway bunkering to make them more visually appealing and relevant to modern equipment where increased length has made many of the present bunkers redundant for the lower handicap golfer;

• Installed a new herringbone irrigation system covering the greens and tees that will discharge to a soakaway generally 20-30m away from the green and not into ditches or the river;