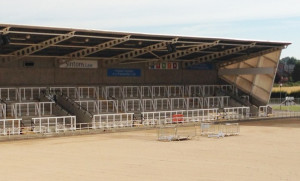 Newcastle Falcons are to install a 3G artificial playing surface at Kingston Park for the start of the new season in September.

The club will become the second in the Premiership to lay a non-grass pitch following Saracens, who also play on a 3G surface at Allianz Park.

Both the Rugby Football Union and Newcastle City Council have given permission for the development, which will also allow greater community use of the pitch.

Dean Richards, Newcastle's director of rugby, hopes the new surface, will help improve his side's style of play. Newcastle scored just 23 tries last season on a surface that was dogged by drainage problems.

"The new surface will undoubtedly produce a more free-flowing, entertaining style," said Richards. "There is also the potential for community use of the pitch on and around match days which will benefit the sport in our region."

Read the full article from The Telegraph HERE