by Scott MacCallum
in Industry News
on 26 Feb 2004 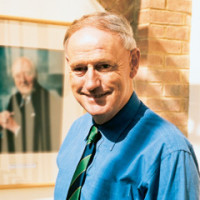 BIGGA's Executive Director, Neil Thomas, died on Sunday, February 22, after a long illness. He was 60.
Neil was BIGGA's first employee when it was formed as an amalgamation of three separate greenkeeping associations in 1987, and he was at the helm of the new Association as it grew to have over 7,000 members, based all over the world, and a full time staff of 18 to administer to their needs from a purpose built headquarters just north of York.
Prior to that he had been Chief Administrative Officer in the Social Services Department of West Glamorgan County Council, in his native South Wales.
A genuine lover of sport, his particular interests lay in golf, rugby union and cricket, of which he was a qualified coach.
Neil is survived by his wife, Elaine, and four children, Scott, Grant, Adam and Natalie.