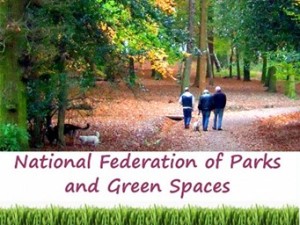 The National Federation of Parks and Green Spaces has launched its new national strategy, aimed at defending parks small and large across the UK.

The Federation, which represents more than 5,000 Friends of Parks groups, launched its new manifesto on 17 March at the national Love Parks conference in Nottingham.

In response to the deepening underfunding crisis in the parks sector, the manifesto calls for park lovers and the general public to speak out in defence of every public green space throughout the UK, and to help create a countrywide movement.

It specifically calls for the public to set up Friends groups, and help create a "massive coordinated grassroots movement" to promote, defend and improve green spaces.

It also wants the Government to hold a national inquiry into the funding and management of the UK's green spaces, bring in a statutory duty to manage them properly, and ensure they get adequate public resources and protection.

Federation chairman Dave Morris has been a long-standing critic of the Government's funding cuts. He said: "The underfunding crisis threatening the UK's vital public green spaces is unacceptable and must be reversed. Thousands of local Friends Groups have come into being in the last 15 years to make a real difference, and are now beginning to cooperate and coordinate across the UK.

"It is now time for park lovers everywhere, and the public in general, to mobilise and speak out, and to build a massive grassroots movement to demand adequate funding and protection for every space."