Groundsman Niall Watson was congratulated for his 20 years' service with Watchet Town Council at its full meeting on last week. 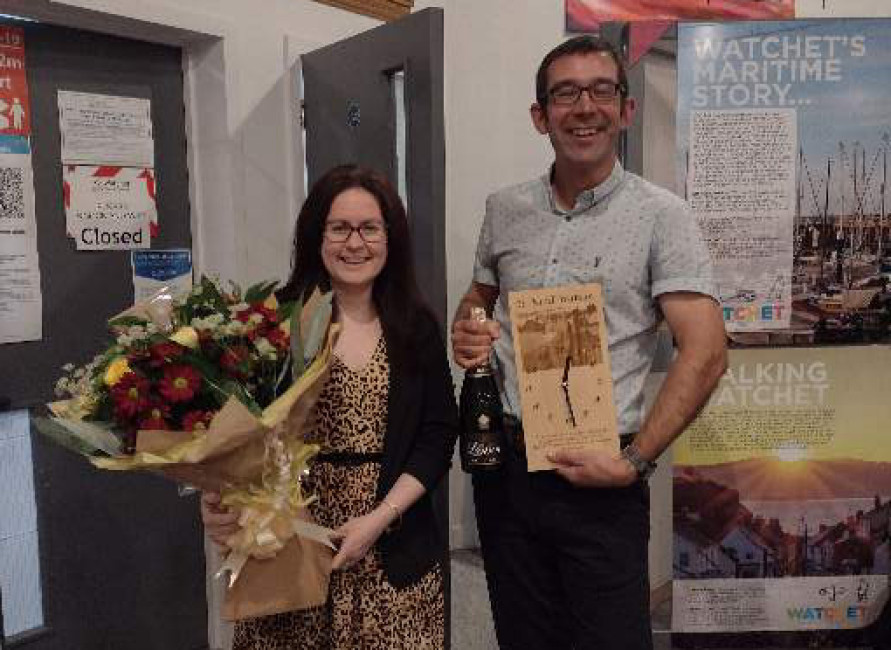 Niall started working for the council in November 2001 and his 'exemplary' service to Watchet was recognised by councillors and staff in a small ceremony in appreciation of his continued hard work and dedication to his job.

He attended the gathering with his wife Jodie and the council presented him with a clock, champagne, flowers and a gift voucher.

Watchet Town Council chairman Cllr John Irven said: "Niall has been a tremendous asset to us and the town as groundsman tending the recreational and sport areas, as well as caring for all the playgrounds and maintaining their equipment.

"In addition, he has been maintaining the cemetery as a place of peace and quiet reflection for all who visit there.

"As the council's responsibilities have increased over the years, Niall has willingly taken on other maintenance tasks and brings his skills as nurseryman to keep the floral displays flourishing around town.

"Niall has been recently recognised by being inducted into the Court Leet as inspector of weights and measures, a fitting tribute to his contributions including to local voluntary groups such as the West Somerset Brass Band.

"We all feel privileged to know Niall and value his ongoing work for us all."

Sarah Reed, town clerk and line manager to Niall, said: "I have worked with Niall for 19 years and, in that time, he has performed his groundsman duties very competently and efficiently for the town he loves.

"He is always smiling and is fun to be around, and I really enjoy working with him."