by Graham McGarry
in Football, Synthetics, and Industry News
on 30 Nov 2015

0 No place for plastic pitches in Premiership 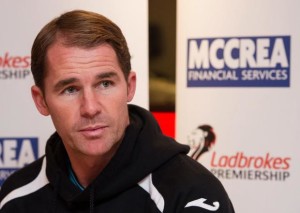 Partick Thistle manager Alan Archibald says that plastic pitches have no place in the Scottish Premiership, as he prepares his side for their visit to Rugby Park this weekend to take on Kilmarnock on their artificial surface.

Whilst Archibald understands the reasons why clubs like Kilmarnock and Hamilton have installed the surfaces, he insists that it is no substitute for real grass.

He said: "I'd rather they weren't in the Premiership. I don't think the Premiership clubs should have them. I know they all have their reasons for it but I just think in the top league you want to be on grass.

I can see why they do it. We spend thousands of pounds on our youth academy because we're moving from place to place so I can see the reasoning behind it. But I just think the top league should always be grass.

Read the full article from The Herald Scotland HERE