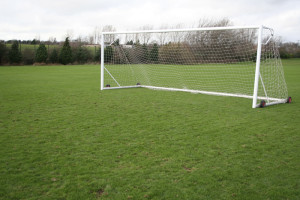 Northamptonshire Football Association is appealing for people to make nominations in their annual Groundsman of the Year Awards.

The awards, which celebrate the work of volunteers in grass roots football across the county, take place later this year and nominations close on January 19.

"Groundsmen at grassroots level are nearly all volunteers, who give up hours of their time in all types of weather to provide the best pitches possible using limited resources.

"The Groundsman of the Year Awards are a fantastic way for these volunteers to get recognised on a local and national level, whilst also providing an opportunity to meet and talk with professional groundsmen who conduct the judging," he added.

Last year's winners were acknowledged in August at St George's Park, where nominees were given a guided tour of the site as well as an insightful presentation from Alan Ferguson, head of grounds and estates at St George's Park. Winners were later invited to attend the FA Lounge at Wembley Stadium, for England's European Championship qualifier against San Marino back in October, enjoying hospitality before joining the Wembley ground staff at half-time.