In mid-September, Gleneagles became the only venue in Europe to have hosted both The Ryder Cup and The Solheim Cup, and is currently ranked Number 1 Golf Resort in the UK & Ireland by Golf World magazine. 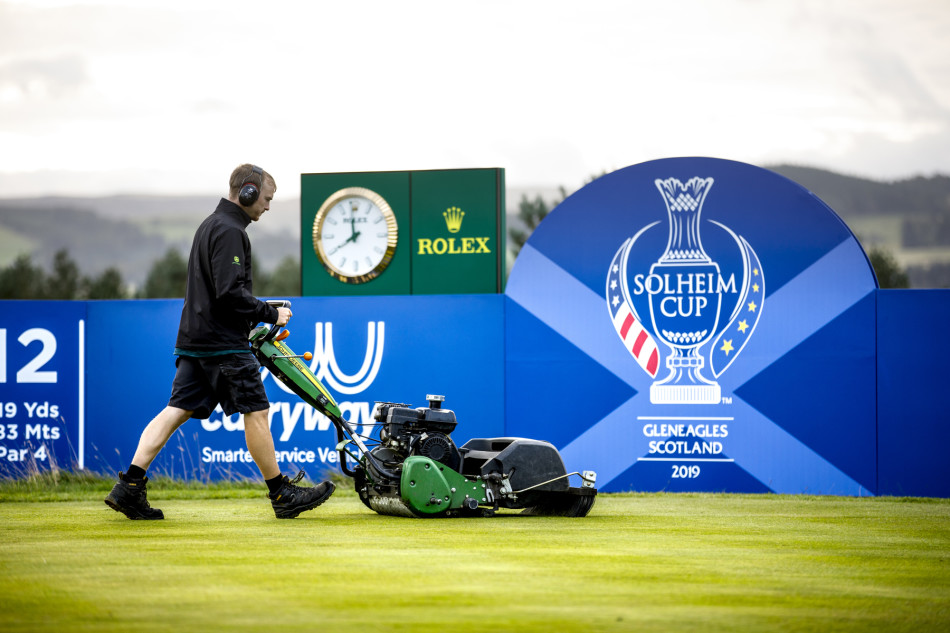 Gleneagles' three famous golf courses used to be managed as separate entities, each with their own greenkeeping team. This changed when Craig Haldane was appointed as the venue's new Golf Courses Manager in 2018, bringing his experience together with Director of Agronomy and Estates Scott Fenwick and creating a new central hub for all the greenkeeping operations. These fabulous facilities now include modern showers, comfortable and well equipped drying and locker rooms, a staff canteen and lounge as well as the service and maintenance area.

Scott has thirty-eight years of tournament expertise at Gleneagles and is the longest-serving member of staff, having joined as a 16-year-old apprentice greenkeeper. His first tasks in those early days were raking bunkers and learning how to operate machinery for cutting grass, and he now leads Gleneagles' 55-strong greenkeeping and gardening team. The venue itself has hosted tournament golf every year apart from two since 1987. 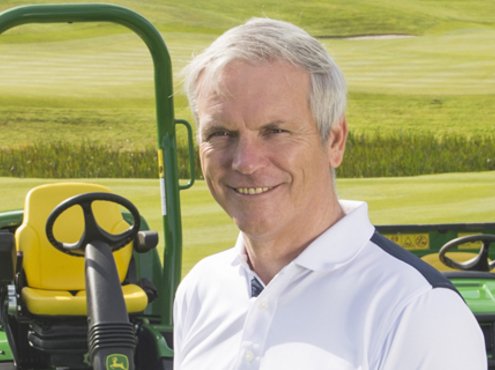 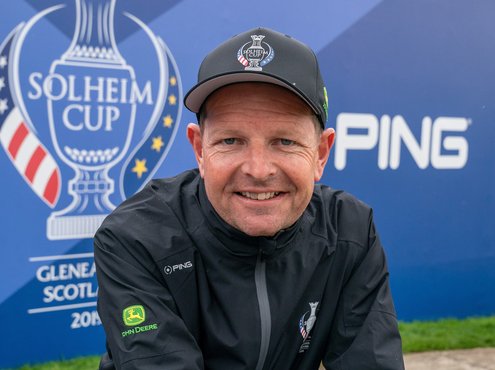 "We have centralised our maintenance facility and now operate our full fleet of John Deere equipment and our entire team from the central compound. It is well positioned within the 850-acre estate and allows us easy access to all three courses. This allows us to maintain all sixty-three holes and the practice facilities as a single unit, which provides our staff with the opportunity to gain experience throughout the entire operation and not just on one particular golf course."

"By centralising in this way we have truly embraced the One Team approach and it has made a massive difference already."

"Greenkeeping is not just about cutting grass - it's a complex science and a serious art. Presenting championship courses demands great skill, knowledge and tremendous attention to detail, to create the firm and fast conditions the modern day golfer expects. It's hard work, but it's also rewarding to be part of a big team to deliver courses that are respected all over the world, and to see first-hand the results of that hard work on the TV screens during such a big tournament." 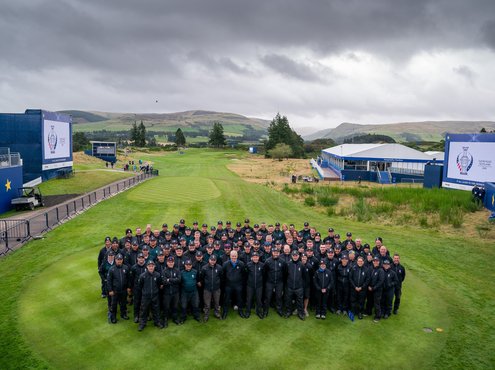 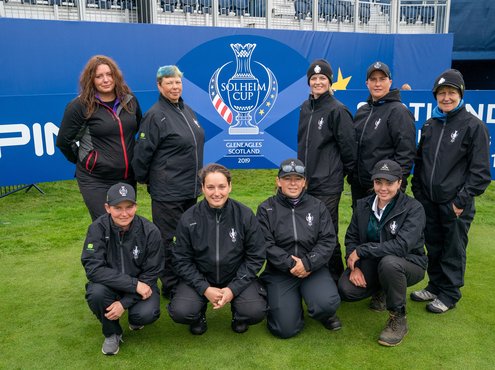 The full-time greenkeeping team at Gleneagles was joined for The 2019 Solheim Cup by fifty-three volunteers - including eight women alongside Gleneagles' own Laura Campbell - as well as support staff from John Deere and local dealer Double A. The volunteer force was more than twenty-five percent bigger than that for Ryder Cup in 2014, and fifty extra machines were provided on loan for the week, to supplement the existing fleet. The extra staff and machines were needed not just to get the PGA Centenary Course ready for the tournament, but also The Kings Course for The Junior Solheim Cup competition (won 13-11 by Team USA) as well as The Queen's Course, which remained open for play by VIP visitors and members.

"The wet weather during the previous week meant a lot of cutting by hand to achieve the required green speeds whilst also producing a smooth putting surface. We worked within parameters set by the Ladies European Tour agronomist, but we also have our own squad who checked each morning to see if additional cuts were needed to maintain the correct and consistent speeds which, for The Solheim Cup, averaged 10 to 10.5 on the stimpmeter."

"The quality of cut we get with the John Deere 260SL hand mowers made a big contribution to the success of the tournament, and we also appreciate the efficiency and cost savings being achieved by our new Pro Gator mounted sprayers using the latest GPS mapping technology." 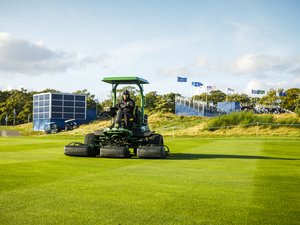 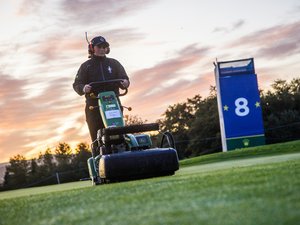 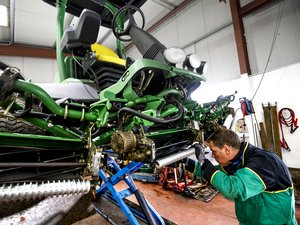