Moving from a 20,000-seater stadium to a wide open space with no permanent stands at all might be seen as a backward step but for Nottingham RFC the business case is clear and the move from Meadow Lane to Lady Bay Sports Ground is a step in the right direction. 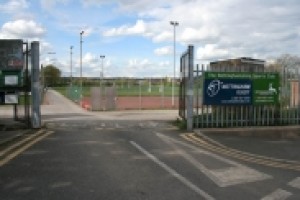 The club has been sharing Notts County's stadium since 2006 after it sold the Ireland Avenue home it had owned for over a century since 1904 to a property developer and the average attendance has never risen above 2,000, just a tenth of its capacity.

Crowds have dipped, as they have done for a number of other Championship clubs, by around 25 per cent to an average of just over 1,200 in the recent past and, with a 15-strong consortium having taken over the club in January and agreed to inject £750,000 over three years, operations director Chris Simon told Running Rugby now is the right time to make the move.

"Championship rugby at Meadow Lane was not working for either us or for Notts County," he said.

"There were two drivers to be honest. We have been playing at Meadow Lane for a number of years now and, whilst it is a fantastic stadium, when you have got 1,000 or 1,500 people rattling around in a 20,000-seater stadium you don't create the atmosphere that you could do elsewhere. 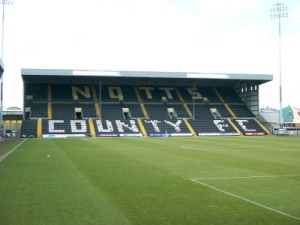 "We also wanted to retain a long-term contract with Notts County so that we are able to host Premiership Rugby at Meadow Lane in future. That was critically important and there were only two years remaining on the existing agreement, so in order to extend it to a new eight-year agreement we needed to make the move."

That contract means that Nottingham will return to Meadow Lane should it gain promotion to the Premiership before the end of the 2022/23 season but for now it will be playing home fixtures at the Lady Bay ground it part-owns with Nottinghamshire County Cricket Club.

So, from a capacity of 20,000 to a capacity of…well that's hard to say as there aren't any stands there at the moment and the club is in the process of securing a temporary one at the moment that will hold 750 to 1,000 people and take up 60-70 per cent of one side of the ground.

It is fair to say it is a work in progress but Simon says he is expecting attendances to increase if anything after the move to Lady Bay in West Bridgford on 18 January and wants a return to the atmosphere of Ireland Avenue that proved so popular with fans.

For the full story from Running Rugby click here.