Plans to redevelop Nottingham Forest's City Ground have moved a step closer after the Football League club was granted a new 250-year lease for the stadium site. 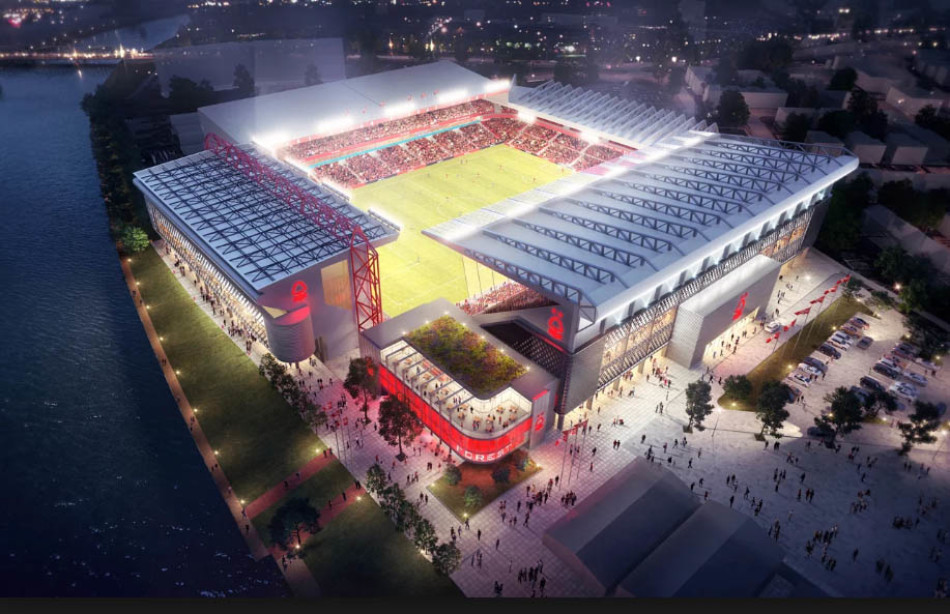 The club wants to expand the stadium's capacity from 30,000 to 38,000, in support of its long-term ambitions to return to the top flight of English football.

The lease, granted by Nottingham City Council, replaces the current 50-year-lease and will also see give Forest more land to build on around the stadium.

The deal will enable the club to proceed with its expansion plans for The City Ground, which include the construction of a new stand.

"When we announced our plans for the redevelopment of the stadium, we recognised the importance to remain at our iconic home. We understand what it means not only to our supporters but also for the people of the City and we are now delighted to have secured our lease for a further 250 years.

"We have been speaking to representatives of key groups involved in the redevelopment planning and will continue to do so to ensure the stadium is a place we all feel proud of."

David Mellen, leader of Nottingham City Council, added: "We share Nottingham Forest's ambition for their redeveloped ground and have been pleased to work with them on the project. We understand what a huge difference it will make to Nottingham to have such a top-level sporting venue.

"We're lucky that we have a proud sporting heritage in the city. Nottingham already boasts a world-class cricket ground, an elite-level ice hockey team and international-quality tennis facilities. This redevelopment of The City Ground will cement the reputation as a renowned sporting venue.

"It also forms part of the wider Nottingham Southside regeneration with £2bn of developments across a 0.5 square mile area. These exciting changes represent a new era for Nottingham, bringing thousands of more jobs, millions of more visitors and economic growth for the benefit of the entire city."