Notts County's head groundsman Matt Hallam has shared how his team have coped in the unprecedented temperatures with the new Meadow Lane pitch set to be used for the first time next week against Nottingham Forest. 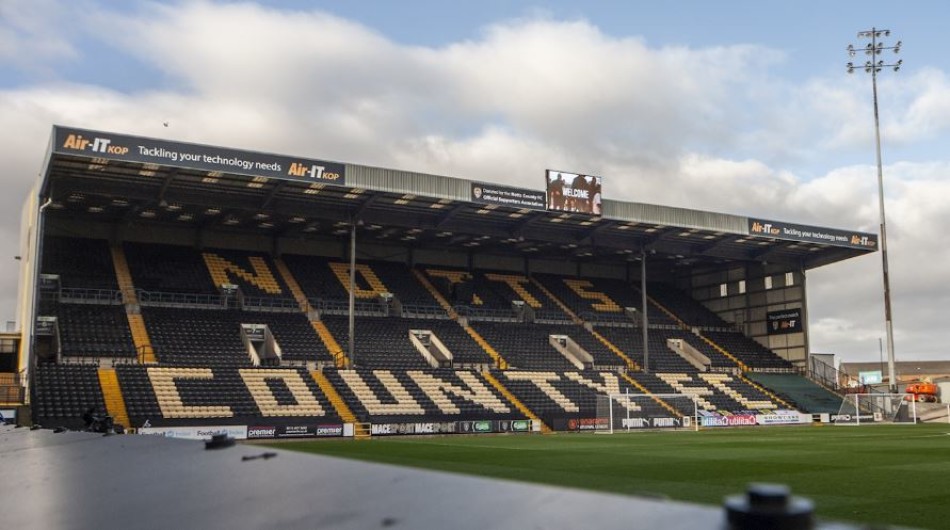 Notts County's head groundsman Matt Hallam has given an insight into what it's like working on a pitch whilst dealing with record-breaking temperatures.

The UK has seen unprecedented heat over recent days with the Meadow Lane pitch still in need of preparation with a friendly against Nottingham Forest scheduled for next Tuesday as well as the National League season opener against Maidenhead United on Saturday 6th August.

"We're five weeks in now at Meadow Lane and then we've done three pitches at Home Road so, heat wise, it's been really tough the last couple of weeks. We've just had to change the way we work a little bit so we're coming in at half past five now instead of half past seven."

"So try and cut the grass before the extreme heat comes through and then obviously spraying. It's just a little bit more difficult because we don't want to be putting products on anything over really like 22 degrees."

"I'll come about 9 o'clock, 8 o'clock at night so basically the product can get through onto the plant and then can rest during the night so it gives it time to get into the plant."

"But yeah, we try to keep the water going through the night. Three cycles instead of three in the day so we're trying to keep the plant nice and dry during the day otherwise it's like a magnifying glass. It would just burn."

With financial support from Lifeline, Hallam and his team have been able to improve the standards of the Meadow Lane turf over the summer. The groundsman said: "The pitch will be a lot stronger this year. We've also introduced sand slits. We've found over the last couple of years sometimes during heavy rain that the pitch hasn't coped as well as it should have so that's going to help us with the water getting to the drains quicker."

"We've also updated the irrigation system during the middle so the fans should see a massive difference this year with the sprinklers actually getting to the outside of the pitch."

"The lads want it constantly wet and slick and the middle was getting wet but the outside and the wings weren't so by upgrading that we're actually now getting water on the wings so hopefully the whole pitch should be wet."