by SVB
in Industry News, Renovations & New Builds, and Synthetics
on 09 Jan 2022

History was made last week when inter-county football went indoors at the new NUI Galway Connacht GAA Air Dome in Bekan, Co Mayo, for the meeting of Sligo and Leitrim in the Connacht FBD League. The facility is the largest sports dome of its type in the world. 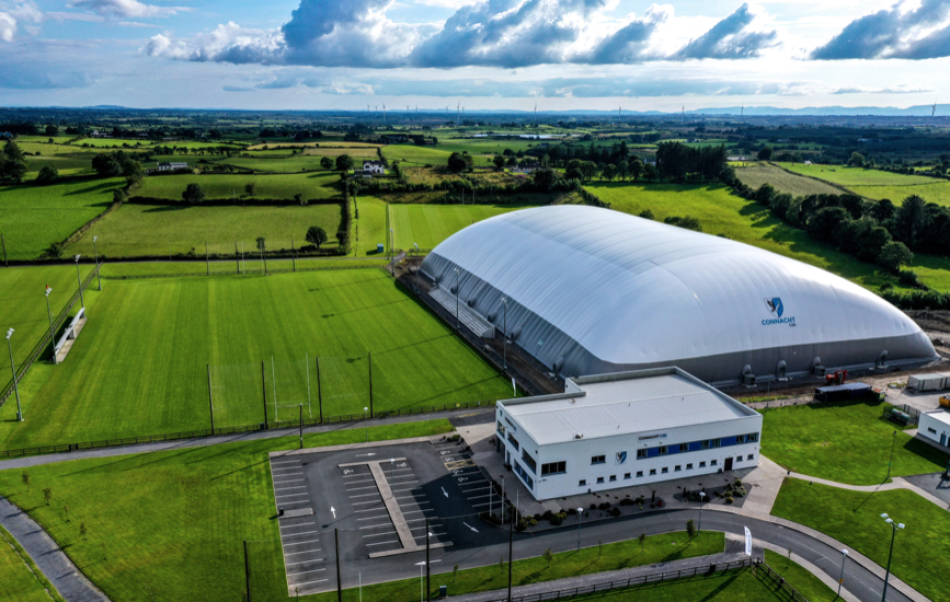 The NUI Galway Connacht GAA Air Dome was officially opened on December 12th 2021 by Uachtarán CLG Larry McCarthy. It will be a fantastic resource not only for Gaelic Games in the area but also for the broader community as a whole.

It has been designed to the highest standards of sustainability, being extremely eco-friendly and energy efficient on top of having state of the art playing facilities and gym. The facility also provides a hub for excellence in education and research, which will have a positive impact on the greater community.

The Dome has been designed with community at its heart, with Connacht GAA ensuring it is open to everyone to use at all ages and at all levels.

The team behind the project, Prunty Pitches, DBS Engineering, SIS Pitches and TOBIN Consulting Engineers - the latter having worked on Phase 1 of the Sport Ireland National Indoor Arena alongside leading architecture and design practice, KSS - delivered what is reported to be the world's largest Sports Air Dome, located on the site of the Connacht GAA 'Centre of Excellence' and measuring 150m (l) x 100m (w) x 26m (h). 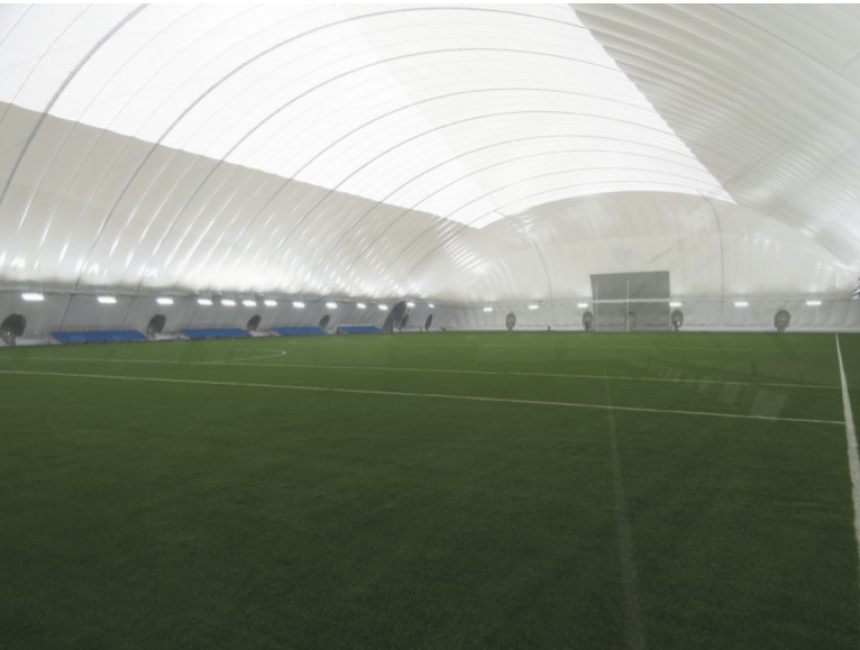 The GAA pitch is 130m x 80m with an additional 3m player run-off zone around the perimeter, which brings it to 136m x 86m. All together, the area covered is over 15,000m2, the inflatable dome is anchored to a metre high perimeter wall around the site. When it is fully inflated, the dome is 26 metres tall, making it purportedly the largest indoor playing dome on the planet.

The high spec facility also accommodates a 30m Indoor Running Track, extensive Gym Facilities, which can accommodate up to 30 people at a time, Internal Performance Testing facilities, 2G synthetic surface Concourse Areas and seating for over 600 spectators for competitive fixtures.

The innovative design of this Air Dome allows for the structure to transform itself from a sporting facility for the local community into a fully functional conference area within 72 hours.

Other prospective functions allow the Dome to be used for executive training days, trade exhibitions and concerts, with the capacity to hold up to 10,000 people: making it one of Ireland's largest indoor venues.