Hard graft has been the key to Torquay United head groundsman Julian Gouldthorpe and his team getting the Plainmoor pitch back into shape after its rain-lashed battering in the draw with Dagenham & Redbridge. 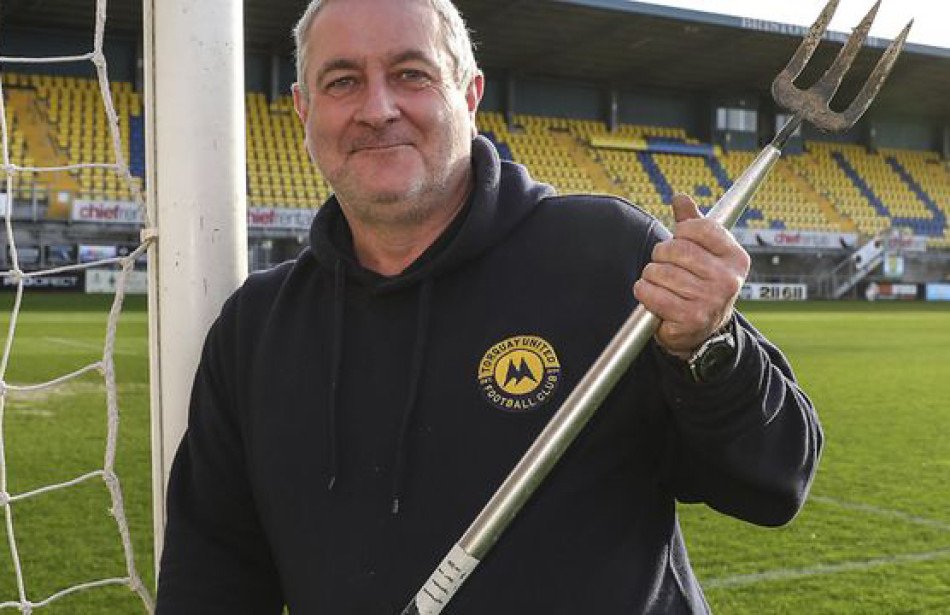 Julian, and his assistants Mark White and Rob Hobson, have been helped by the Gulls not having a game this weekend, and no home match until Solihull Moors visit on Tuesday week, January 25.

But Julian stressed: "I've got a very good team with me, and it's going to be a case of 'slow and steady' over the next couple of weeks."

"Back in the old days, you just used to get the roller out, drive up and down and level it up."

"But not now - you have to think of a pitch as a living, breathing thing and nurture it."

"Of course, we did a lot of divoting to start with, to make sure we got it as flat as we could."

"When people come back for the next game, they'll see a lot of those marks - there's nothing we can do about that, and it's not grass-growing weather at the moment - but we're doing a lot of other work as well."

By a quirk of the National League fixture list, United did not have a single midweek fixture in the first half of the season, but they have three, starting with Solihull Moors, in the second half.

Gary Johnson's side resume away to Altrincham, who beat them 3-1 at Plainmoor on the first day of the season, next Saturday (Jan 22), and they have been training as usual, based at the 4G all-weather pitch at South Devon College.

You can read the original article from Torbay Weekly HERE