0 Oakmont in the spotlight 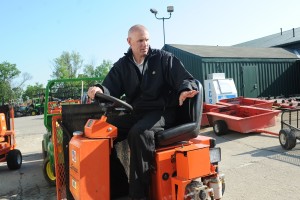 With the US Open about to get underway at the Oakmont Country Club in Pennsylvania, the course has come under the spotlight in more ways than one

First up, reports the Pittsburgh Post-Gazette, is the issue of the speed of the greens. Running at a reported 14 on the stimp, no less a figure than Jack Nicklaus commented; "Nobody will finish. If they're truly at 14, they won't finish."

The Golden Bear had spoken publicly at the Memorial Tournament and was asked about the crippling speeds of the Oakmont greens. "If they ran at a 9 or 10 on the Stimpmeter scale, a test of speed," he said "they'd be almost impossible. Then somebody brought up the idea of the greens running at 14 on the scale!"

Superintendent John Zimmers can't help but take pleasure in Nicklaus' comments. "Well, there you go," he says. Five minutes earlier, he measured the eighth green at just shy of a 14 on the scale.

For John, Oakmont is his baby. He has a very supportive wife who fully understands the requirements of looking after one of the world's most historic golf courses. He routinely comes in at 5.00am and leaves 14 hours later - on a good day.

He chose running the intricacies of one of the nation's most prestigious golf courses over a normal life, and he's still loving every minute.

He has a loyal staff of 50. He has proteges like Dave Delsandro, 32, and Mike McCormick, 27, who idolise him and make sacrifices to learn from him. There are plenty of perks for the hours John puts in. He gets to work one of the biggest tournaments in golf. His office is lined with photos of himself with President George W. Bush, Arnold Palmer and Tiger Woods.

But the pressures and stresses are constant. The Oakmont members have demands and aren't afraid to speak their minds. The whole world will be watching as the club is host to the Open. John can be intense. The job takes a certain passion and intensity for the profession. 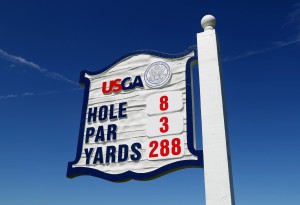 "It's not for the faint of heart," said Brendon Clark, the superintendent at West Shore Country Club in Harrisburg, who commented that, when he worked under John at Oakmont from 2003-09, it wasn't always clear to people how much he cared about them. He had so much on his plate and was so invested in the course that niceties weren't necessarily a priority.

Now, he can be viewed as a coach. During assignment meetings at 5.30am, as the only sounds outside are birds and workers starting their mowers, men aged 21 to 73 quickly respond to each direction with a loud, uniform "Yes, sir." He is pulling young ones aside to make sure they don't mess around. The older ones still revere him and obey his every command.

And loyalty is shown most by action. Clark is back at Oakmont to help with the Open. Delsandro left after three years at Nassau Country Club in Long Island to return to work for John Zimmers in a new position he had created for him.

And John shows he cares more these days. He has young workers open up to him about their lives. He jokes with them as he walks the course in the morning and makes them feel invested. He's still intense, but he isn't the bad guy as much.

"We joke that now I am the bad cop and he is the good cop," Delsandro said.

Meanwhile, no lesser publication than the Wall Street Journal has reported on "Why Oakmont Waged a War on Trees"

Oakmont has felled 7,500 trees since it last hosted the US Open in 2007. The transformation began under the cloak of darkness. During the mid-1990s, a dozen greenkeepers would set out at 4.00am most days and take aim at a tree. Guided only by the headlights of a cart, they would cut the tree down, grind the stump, conceal the area with sod and remove all evidence of what they had just done.

This was how touchy the issue of tree removal was: It began in near-secrecy and continued even as members of the club threatened lawsuits to stop it. But when the US Open returns for a record ninth time this week, it will represent a closing chapter in the case of chainsaw v. trees. 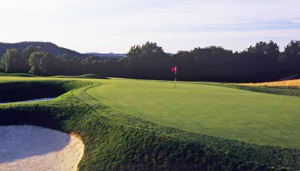 The wooded areas that lined the storied course for decades are virtually all gone, casualties of an effort to restore the course to its original, links-style design. And the only squirrel left is the one that adorns the club's logo.

And it's not just the vistas around Oakmont that have changed as a result. The club itself has gone from something of a heretic in the industry to a trendsetter, leading what turned into a wave of tree-chopping initiatives at courses around the country.

"There has been a sea change," said veteran golf course architect Jeff Brauer. "Years ago, and even now, you go to some clubs and every tree, it almost requires an act of Congress to remove it. But Oakmont certainly opened up the avenues for the wider discussion."

In the larger world, trees are nice, leafy things that grow from the ground, usually not worth an extensive discussion unless one is about to fall on your house. In the country club world, trees are treated with only slightly less reverence than wealthy humans.

Around the middle of the 20th century, they became viewed as the ultimate symbol of golf course beautification. Clubs that were built on more of an open terrain-as Oakmont was in 1903-started planting trees. Clubs that already had trees added more of them. Many were planted as memorials to one person or another.

But a funny thing happens to trees over time: They grow. And grow, and grow, eventually to the point where they can deprive the grass of the sunlight it needs to remain in suitable playing condition.

This is the point Oakmont had reached in the early 1990s. Mark Kuhns, Oakmont's superintendent at the time and now the director of grounds at New Jersey's Baltusrol, said trees were overcrowding the course to the point where the turf quality was deteriorating. 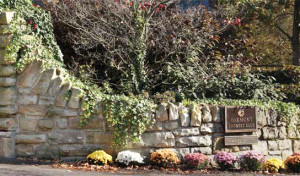 As has often been the case at other clubs, nobody wanted to hear this. The tree removal at Oakmont eventually became impossible to hide, which led to the most contentious period in its genteel history. Bob Ford, Oakmont's longtime head pro, said there were even threats of fist fights between members on different sides of the issue though, as with the lawsuits, they never happened. A nearby church was rumoured to have offered prayers for the trees' survival.

But the chainsaw crowd prevailed, and for them, the 2007 Open was something of a vindication. Not only did Oakmont's new look receive rave reviews, but the course itself proved to be as tough as it was before. The winning score, by Angel Cabrera of Argentina, was 5 over par.

Oakmont's signature greens are as fast and vexing as ever. And what the course lacks in hardwood obstacles, it makes up for with stronger winds as a result, along with more than 200 bunkers. The absence of trees also reduces players' depth perception as they eye a shot over Oakmont's rolling hills.

"In some ways, the course is tougher," said USGA executive director Mike Davis. "I suppose if you're missing the fairway all the time, now you're not dealing with trees. But in terms of testing the world's best players, it has become a stronger test. It really has, since the trees came down."

The final word should go to John Zimmers; "A victory is the USGA saying that was a really great championship and members saying they are really proud of this. And yeah, there's the score. You want to see people shoot over par."

Watch the VIDEO from GCSAA TV in association with John Deere