It is with great sadness we announce that John Shepherd has passed away after an 18 month battle with cancer. John fell asleep peacefully for the last time with his family at his side on Sunday 2nd February 2020. 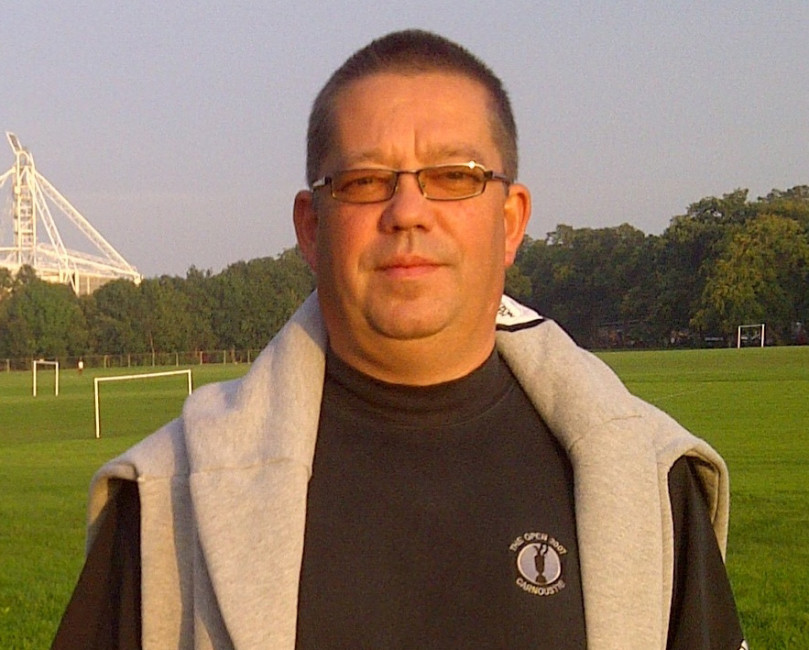 John was a close friend and colleague to me and many people in the irrigation industry. He was always positive and had a smile looking for the best solution for customers.

John started his career, after studying at Myerscough College, at Turf Irrigation Services (TIS) Ltd and this is where we met for the first time. John was a Technical Sales Engineer/Designer and I was a junior in the drafting office preparing design and as laid plans for projects undertaken by TIS. He always had time to spend with me. Indeed without the kind opportunities, education and experience given to me by Robin (Hume) and John I would not be where I am today. The irrigation and indeed turf industry seems large to many on the outside, however, it is actually a small and personal industry.

John once told me that when he started working for TIS he was conscious of his stammer and that he spoke to Robin about this. Robin responded in saying "People recognise me for my size and people will recognise you for your stammer". Indeed Robin once told me that people would recognise me for my red hair, something which many still do, and I know many will always remember John's stammer.

In his career, John also spent many enjoyable years working for Hunter Industries as a Technical Sales Manager in EMEA [Europe, Middle East & Africa] before returning back to his roots to finally setup his irrigation design company, Irrigation Project Management [IPM], and working closely with myself at RHA.

Football was a passion and often a topic of conversation with many who knew him. He was an avid supporter of Preston North End with a season ticket and seat on the nose of Tom Finney.

John is survived by his wife Nicholette and two children Chrissie and Joseph. His funeral will be held at Crewe Crematorium on the 27th February at 13.45 followed by a wake at the Hunters Lodge in Crewe. All are welcome to celebrate John's life. John requested no flowers, and that any donations made in his memory will go to Macmillan Cancer Care and Help for Heroes.