A group of conservation charities has submitted an objection to a planning application for a new £10m golf course in Sutherland. 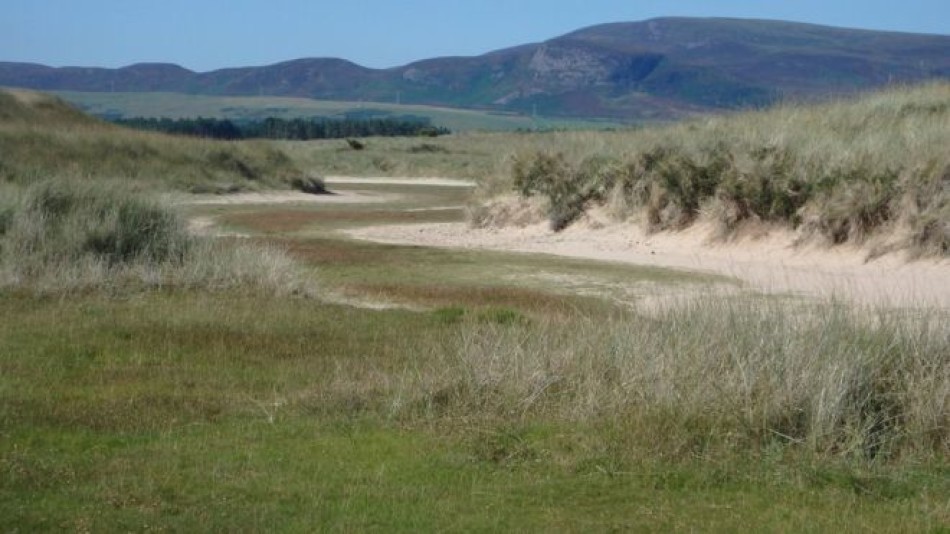 American billionaire Mike Keiser and his partners want to build an 18-hole championship course on an area known as Coul Links, near Embo.

But the charities say it would affect protected, internationally-important salt marshes and dunes.

The developers believe the course will bring a boost to the local economy.

They have also said an original layout for the project had been changed to reduce its impact on protected areas.

The group, which has submitted its objection to Highland Council, said Coul Links provided habitat for ducks, geese and also plant life, including a rare colony of coastal juniper trees.

It is also home to the Fonseca's seed fly which is only found at a few sites in east Sutherland and nowhere else in the world, said the charities.

The charities have been objecting to the golf course plans since last year, and compare their struggle to the one of almost 10 years ago that opposed Donald Trump's development on the Menie Estate in Aberdeenshire.

Aedán Smith, head of planning and development at RSPB Scotland, said: "There are international obligations to ensure the protection of Coul Links due to its global importance for wildlife.

"The eyes of the world will therefore once again be on Scotland, and on the Highland Council when they make their planning decision, to see whether we now place more value on our special places."

Craig Macadam, director of Buglife Scotland, said: "The dune systems at Coul Links have developed over thousands of years into an internationally-important site for wildlife.

"As a nation, we have a duty to protect these dunes for future generations in the local community, Scotland and further afield. Highland Council must do everything in their power to protect this important natural heritage asset from these damaging development plans."

The developers of the planned golf course said the environmental impact assessment process for the project had been extensive and carried out by independent consultancies.

In a joint statement, the developers said: "The wildlife and conservation value of the site has been a critical factor for the development team.

"Starting at the inception of the process, specialists were engaged to develop a golf course that minimises initial impact and that will provide long-term biodiversity gain for this special site.

"We would ask that the project is viewed on its own merits and not compared to other golf developments in Scotland, which have no connection to Coul Links.

"The support for the project locally has been overwhelming and this was further emphasised following the two public information events held in October, where the majority of attendees were in favour of the project."

The statement added that there was a "significant economic case" for the golf course, and it would bring "both short and long-term benefits to the site and the local community".

Todd Warnock, one of the partners in the golf course project, told BBC Scotland: "We have two purposes. To improve this environment and to bring economic development to the area.

"Those two things I think the local community are pretty solid behind."

He added: "We share fundamentally the view that this is an extraordinary site. We have shown the environment here can actually be improved, not degraded, by our golf course."