Odense Golf Club was founded at a meeting held on September 29, 1927, and the first course was built at Kløvermosevej, a suburb in the southwest of the city. It consisted of 9 holes with a length of 2,815 yards and was completed in 1928. It was constructed on land previously used by the Danish army for training horses.

Following the expiry of its lease in 1962, the club moved to the area of Snapindskoven where a new 9 hole course was constructed.

However, conditions were cramped and, in 1980, the decision was taken to build a new complex with an 18-hole course of international standard (Holluf Park) and a 9-hole course (Pile) at Neder Holluf, south of the city centre. The purchase of this site, just 5 kilometres from the original 1928 course, was a joint venture between the local community and the golf club. 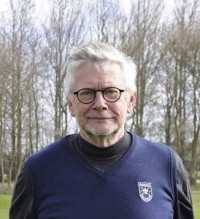 Hans Henrik Burkal, the Club Manager, is an interesting character; he was a Prison Officer for five years and, for 18 years, was General Secretary of the Danish Swimming and Lifesaving Association. He was a member of the Danish delegation at the 2000 Olympic Games in Sydney and also officiated at the 1991 and 1999 World Swimming Championships in Perth and again in Hong Kong in 1996. He joined Odense in 2009, following seven years in a similar position at a club in Zeeland.

He is responsible for 13 staff including seven greenkeepers, a housekeeper, a gardener and two Golf Professionals, which is unusual as Pros are not normally employees.

"We have a very loyal membership of almost 1,300, of which 50 are juniors and 60% who are over 50," he said. "Rightly so, they are very demanding and we have to present the courses to the highest standards at all times. I have an excellent greenkeeping team, led by Jack Rasmussen, our Course Manager, and we have a superb relationship with our machinery dealer, Svenningsens, which is an important factor when we have to maintaining the courses at such a high level." The 18-hole, par 72 Holluf Park parkland course is slightly undulating and features push-up greens, three large lakes and 90 bunkers. It is bordered by a local stream, so water comes into play on a majority of holes. For experienced players it is a real challenge and has hosted many Danish championships. Flooding can be an issue and the course is closed from the beginning of December through to April.