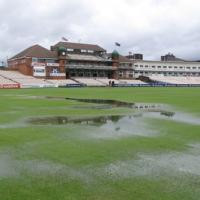 Lancashire have confirmed that Oxford-based company White Horse Contractors have been awarded the contract to install a new state-of-the art drainage system and outfield at Old Trafford this summer.

White Horse have extensive experience in this area, most recently constructing Chelsea Football Club's new training facilities at Cobham in Surrey and the rebuilding of Ascot's racetrack.

Lancashire's last home match at Old Trafford for 2008 will be against the Middlesex Crusaders on Sunday August 17, to enable extensive work to be carried out on the outfield and drainage system during the summer months.

It is hoped the new drainage system and an efficient outfield will allow more cricket to be played following periods of rain.

Lancashire head groundsman Peter Marron said: "We are planning to rebuild the entire outfield and replace the existing drainage with a system similar to that of Lord's.

"Everyone witnessed during the Test against India just how effective the Lord's drainage system is - and although our new outfield will work on the same principles, we are making sure that we have a system tailored towards the specific needs of Old Trafford."
advertisement

He added: "By April we should be revealing to members the remaining plans for Phase 1, which will include the building of new Conference and Banqueting facilities and covered accommodation for spectators.

"We went through a lengthy process of examining the best fast-drainage systems available to us before concluding White Horse were our preferred contractors for this project.

"It is expected the job will take around eight weeks to complete, and this of course will mean a brand new outfield for the 2009 season.

"This sends a clear signal not only to the ECB, but also to the North West Sporting public, that Old Trafford is serious about staging International Cricket on this site for many years to come."