Exclusive: 'We often describe them as the paramedics of the sport sector, because without them you don't have the pitches healthy'

The man representing Britain's grounds staff - the folk caring for the nation's sports pitches from community level to the pristine surfaces of Wembley, Twickenham and Wimbledon tennis - is warning clubs and governing bodies during the pandemic: "Cut back staff at your peril".

Webb says this profession is a "British success story" but he is worried furloughing and job losses will bite into the bank of expertise that attracted 54 countries to the GMA's trade show this year.

He also warns the Premier League in football and their counterparts in rugby that time as well as staffing levels must be right if sport is going to return quickly on surfaces of the quality and safety they are used to.

"There has to be a level of understanding if you cut back your resources, they simply cannot manage the task in front of them," Webb told I. "Our message is to avoid those cuts at all costs. I know one example where a Championship football club have got one person tending to a training ground of 10 pitches. It's obviously going to impact on the quality.

"Then the conundrum is when the [pandemic] restrictions get lifted - sports need to understand there is going to be a two- to three-week lead-in to bring the grounds back into play. The common misconception is you just go in and cut long grass and get it to the height of 21 to 25mm for a football match or 55mm for a rugby match. There is much more of a science to that. The rule of thumb is you never cut more than a third of a grass blade, otherwise it stresses the plant out. You have to do it little and often, to adjust the height of cut once or twice a week. You can't come in and do a really bad haircut." 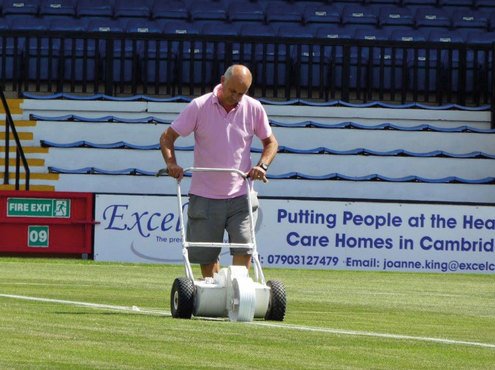 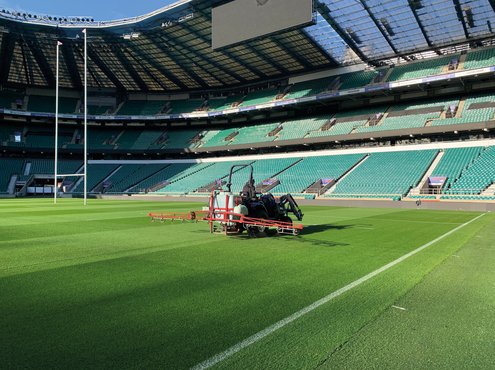 Safe surfaces are Webb's business, from little Jonny and Joanna in the park to Harry Kane's precious ankles at Tottenham Hotspur, who normally have 28 staff looking after their training facility and all its grounds and gardens. Webb has anecdotal evidence of local authorities shifting staff from the upkeep of park pitches to collecting waste. At Premier League or Premiership rugby level, he sees problems if clubs change the normal cycle of one match every three days to two games a day or one every 24 hours.

"Pitches need to be tested the entire time, to manage the impact on the players and their limbs," says Webb. "There are hybrid pitches in the Premier League and at Twickenham, Murrayfield and the Millennium Stadium, and they come in at £1million from scratch. Would you put somebody with no skills to manage that? There are lighting rigs and good grounds staff will have data on the weather, predicting the grow rates, the nutrition rates, fertilising rates - monitoring and testing.

"If you think about going for a walk on a beach - and this is where coaches sometimes get it wrong when they ask for the sprinklers on to make a pitch slicker and faster - the sand is always harder near the waves than when you walk away from the waves. You want it somewhere in the middle of the beach where it's not too soft and not too hard. Every player is an asset and if you think of the value of a racehorse, it is exactly the same principle.

"With social distancing, many clubs are using a skeleton staff, in isolation - a groundsman arrives by car, gets as close to the pitch as possible, cuts the grass then walks back out again. We often describe them as the paramedics of the sport sector, because without them you don't have the pitches in a healthy condition."