by Charles Henderson
in Consultancy
on 22 Jan 2013 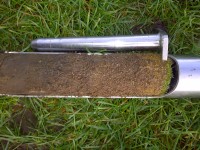 Organic matter, thatch, fibre - call it what we will, research, articles and opinions are plentiful when it comes to organic matter and its management. Yet it remains a dominant issue in all of our maintenance and renovations programmes and will do for many years to come.

Through accurate assessment of organic matter, the industry's knowledge of its development and management is evolving.

All educated turf managers agree that failure to deal with organic matter, and allowing its increase, results in a range of negative changes in our surfaces, including: 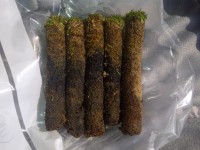 If you're a golfer, course manager or the club accountant, either way you look at it, increasing and/or excessive organic matter levels in greens is not good for the long term health of the clubs. For some, this remains much more than something to manage, it's an issue that sits at the very heart of other maintenance challenges faced and poor playing quality that golfers experience.

In recent years, the industry's knowledge and understanding of organic matter has increased. As understanding increases, it is becoming apparent where past shortfalls in dealing with it have been present.

The industry has been quantifying its organic matter levels through various methods for a number years. For the most part, these methods have been largely unquestioned and have included low, moderate and high opinion based observations or, in recent years, reviewing its depth in millimetres.

Such methods were fine in years of low costs and plentiful budgets, but we are in a new era now, and accurate decisions year on year are required, as such 'guestimates' every two to three years often fail to provide suitable information on which serious and costly decisions can be made. 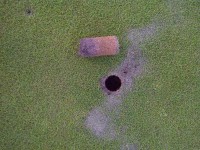 The average 18 hole club spends between £7,000-18,000 per annum on sand dressing and renovations to deal with organic matter, not to mention labour hours and bespoke machinery required for organic matter management. It's through this change in our working environment that we are seeing a hunger for accurate information on which to base the decisions course managers are making on behalf of their clubs.

Organic matter can now be measured using laboratory testing via weight loss on ignition. This enables course managers and clubs to determine their exact levels of organic matter at varying depths in the soil profile year on year. Such testing, combined with onsite experience, has also enabled us to develop an increasing understanding of varying types of organic matter and the range of strategies available for its management and, where required, its reduction.
What Loss on Ignition (LOI) testing is showing us?

We have been processing LOI tests for over seven years and, through accurate interpretation of the results, and as LOI testing has evolved, so too has our clients understanding of sand dressing and renovations requirements on greens. Through such testing, we have also observed both common and unique situations, which have allowed us to fine-tune bespoke target ranges for clubs and even their individual greens.

With an ever increasing arsenal of machinery and tools to manage organic matter content, knowing exactly how much is present at exact depths is of high importance and financial consequence to clubs.

The nature and depth of organic matter can vary from course to course, and even green to green, and visual assessments are not always able to pick up such variations, unless present in extremes, by which point the organic matter has often created knock-on issues that are a source of complaint amongst members and golfers, i.e. it's too late.

Through breaking samples into pre-determined depths (0-20, 20-40, 40-60mm) exact percentages of organic matter can be determined at each 20mm depth in the soil profile. On request, we have even specified depths of 0-10mm.

This allows us to determine exact percentage content at each depth, establishing clear strategies for management programmes to be determined, optimum selection of machinery used and avoidance of any unnecessary works and labour hours. 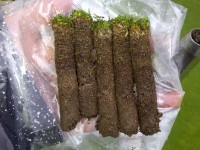 Through processing several hundreds of lab tested organic matter samples, the development of our understanding beyond just the percentage results has been developed. Different species create different types and characteristics of organic matter, and these varying types impact highly on lab results received and how they should be interpreted.

Poa annua organic matter - containing high levels, leaf and soft tissue (both the annual and biannual varieties) produce intensive layers of organic matter in the upper 0-10mm. LOI test results can tend to come in slightly lower than expected, due to high levels of soft moisture retentive leaf and crown content contained within the upper soil profile. In addition, being a bunch plant, no significant level of rhizome or stolon growth takes place. A combination of these factors results in poa annua based thatch requiring lower organic matter target ranges in comparison to other species, such as bentgrasses.

Creeping bentgrass - widely regarded in the industry as the most aggressive organic matter producing species used in greens. The plants use of stolons and aggressive growing nature tends to result in faster thatch production in comparison to other cool season species. This thatch can also be moisture retentive in nature, impacting heavily on surface characteristics such as firmness. Careful interpretation of results are required where creeping bentgrass is the dominant species; aggressive stolon content contains much heavier lignin content and produces higher LOI results in comparison to poa annua, again bespoke target levels are required.

Fine fescue and bentgrass organic matter - both browntop bentgrass and fine fescues develop heavily via rhizomous growth habits. Heavy in lignin content and generally lighter in leaf content, results will tend to be higher in nature. Placing these in perspective with other characteristics, such as moisture content and firmness, it is common to find drier and firmer surfaces with higher LOI results. 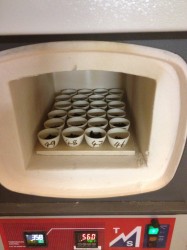 Rarely can we achieve species purity in greens, consequently it is often experienced that a mixture of the above species is present over any given course. Careful interpretation of results from each green is required in order to accurately determine suitable target ranges for LOI (%). Failure to factor in such interpretation can result in wasted efforts chasing unnecessarily low percentage results or vica versa. We have also found comparison of results with other greens and venues should be done with caution. Species composition, construction styles, greens shaping and rootzone materials can impact on the type and nature of organic matter produced.

Our industry is evolving. For many of us, budgets have reduced so, as never before, has spending it wisely been so important. The need for course managers and clubs to allocate and spend their resources accurately has never been higher.

Through LOI testing, decisions can be formed accurately and annually. Where resources over and above our normal budgets are required, clear and concise communications can be had within our clubs, providing clearer levels of understanding.

Knowledge of long term results and requirements to get from your existing levels of organic matter to bespoke ideal ranges can now be costed accurately, budgeted years in advance and scheduled in over long-term, with accurate prediction models of expected results; a position our industry has not been in before.