by External source
in Chemicals & Fertilisers
on 16 Dec 2014

The Pope has had a little dig at the EU institutions suggesting that they have lost their way and that they view the member states "with aloofness, mistrust and even, at times, suspicion." Pretty tough talk and perhaps the Pope is the only person who could proffer such an opinion without a huge backlash from the bureaucrats in Brussels and Strasbourg. 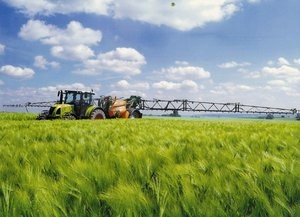 I suspect that many in the pesticide industry would endorse the Pope's analysis. Increasingly, legislation appears to be determined by mistrust and aloofness and has resulted in some key decision-making on pesticides and GMs not being based on science. Perhaps this is best demonstrated by the green blob's coup of lobbying for the post of EC Chief Scientist to be discontinued. Sure enough, within a month or two Ann Glover was sacked. Could it be that the reason for their hostility was that she supported GMs? Her support was derived from hard evidence and good science. The green blob, knowing that any successor to the post would also be a scientist who would rely on the same sound principles, decided that the post rather than the current incumbent should go.

The new pesticide legislation will result in active substances being banned solely because they are defined as hazardous. This is a departure from the previous science-based practice where the risk of using a potentially hazardous substance was assessed. This approach was based on the principle that it is only the level of exposure to a hazardous substance that defines the level of risk. Just to give an example of the difference between a risk and a hazard: electricity is hazardous but the risk of using it is very low because we are not directly exposed to it.

We may lose a lot of pesticides (e.g. the triazole fungicides) because they could be characterised as hazardous as they may be defined as potential endocrine disruptors i.e. they disrupt the hormone systems of animals. Those who support the hazard cut-off for endocrine disruption quote the increase in endocrine diseases (primarily diabetes) in humans and the feminisation of male fish. The link with diabetes seems to have been made with pesticides long banned in Europe and used particularly in parts of the world where pesticides are less regulated (http://www.diabetesandenvironment.org/home/contam/pesticides). However, as the definition of what may be an endocrine disruptor has yet to be agreed, it is impossible to assess precisely the likely extent of the damage to the agricultural industry from this hazard based approach.

The other significant source for humans ingesting endocrine disruptors is through food. However, the surveys of wheat flour carried out under the auspices of the Defra Expert Committee of Pesticide Residues in Food and the European Food Standards Agency have, with one or two exceptions (which were typically well below Maximum Residue Levels), failed to detect traces of those cereal pesticides that may be defined as endocrine disruptors.

Another potential threat could be to spray operators but, as far as I am aware, surveys on their health have not picked up any problems that can be associated with endocrine disruption except where there has been prolonged exposure to pesticides that were banned in Europe many years ago. Finally, exposure of bystanders to spray drift is a hot topic. I am not sufficiently briefed to comment on the level of risk from this source but the adoption of air induction nozzles and good spray practice should minimise any risk.