Oxford City FC have been forced to delay the installation of a new 3G pitch at their Marsh Lane ground, due to drainage problems 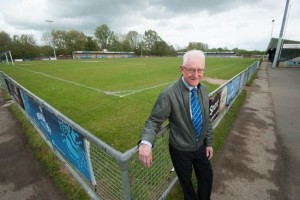 The Vanarama National League South club had planned to install the pitch before the start of the coming season.

But the high water-table and risk of flooding at the site has forced City to delay playing on the artificial surface until the 2017-2018 campaign.

In a statement, the club say: "The construction change required to improve further the amount of water retained within the new 3G pitch structure, and its rate of outfall, would add another week to the schedule and we have unfortunately simply run out of time to complete the conversion this summer.

"The National League rules require the new pitch to pass inspection by mid-July, even though our season will not start until August 6, so the window of opportunity for construction was always going to be very tight.

"We are continuing to work closely in partnership with our landlords Oxford City Council and we are both committed to ensuring that everything is in place to install a new top quality 3G stadium pitch in time for season 2017-18."

City chairman Brian Cox said: "This is a blow, but we have every confidence that everything will be in place next year."

For the original article, visit www.oxfordmail.co.uk.