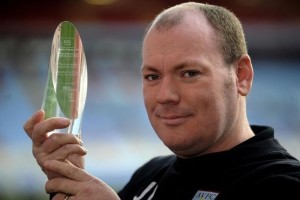 The grass isn't always greener on the other side, except where pitch perfect Jonathan Calderwood is concerned.

Villa's award-winning groundsman is leaving the club after being head-hunted by French giants Paris Saint-Germain.

Calderwood has regularly won accolades for the quality of his work at Villa Park and Bodymoor Heath where he was responsible for 12 pitches.

His role will be filled jointly by long-standing Villa employees Paul Mytton and Graeme Farmer, who have been appointed grounds manager at the stadium and training ground respectively. 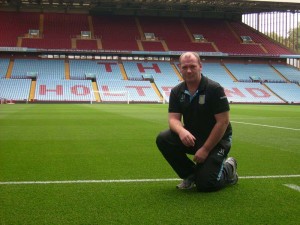 Calderwood has developed a reputation as one of Europe's leading groundsmen since arriving at Villa in 2002, having previously worked at Wembley and Wolves.

Mytton and Farmer have worked closely with Calderwood and have a combined 17 years experience at the club and will begin their new responsibilities on Monday.

Calderwood, from Clough, County Antrim, in Northern Ireland, is understood to have loved working with the claret and blues and ummed and aahed about taking his young family to Paris following the approach from Ligue 1 PSG, but decided it was too good an offer to turn down.

See the rest of the article sourced from :-Birmingham Mail