A cricket pavilion has been wrecked by fire in a suspected arson incident. Emergency services were called to Paultons Cricket Club near Romsey, at about 06:00am on Thursday. 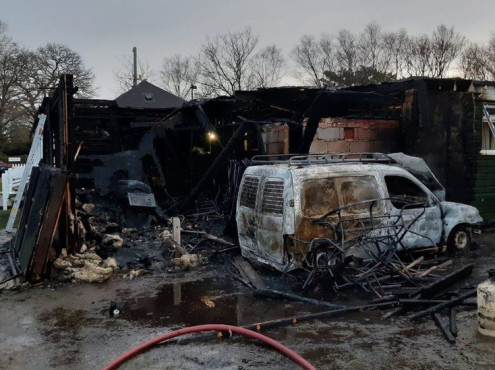 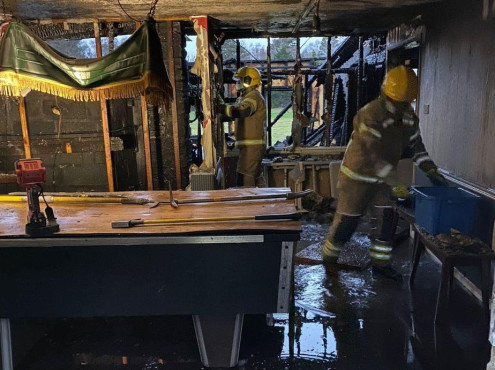 A van was on fire, which spread through the wooden cricket pavilion building.

Paul Wilde, 46, who has played at the club for 30 years, said he was feeling "emotional" after learning of the damage.

"There are no words," he told the BBC.

"They've driven on the pitch and all sorts, but the pitch can be repaired. But the clubhouse and facilities, it's all going to cost money. We're only a local club."

He added: "I think a van was set on fire which in turn hit the clubhouse and took out our changing room and pool room - they're completely gone."

Hampshire Constabulary said it was investigating the cause of the incident and appealing for witnesses who saw anything suspicious in the area.

Hampshire Fire and Rescue Service said it sent five fire engines to the scene of the blaze from Redbridge, Romsey, St Mary's, and Eastleigh.

A spokesperson said: "[We] used two sets of breathing apparatus, two hose reel jets and two main jets to extinguish the fire, before ventilation fans were used to clear smoke.

"Firefighters continued to dampen down the scene before returning to their stations following the stop message at 08:12 GMT."