Following transformation of its state of the art factory in Pertuis, France, the Pellenc group has been presented with the Industry Showcase of the Future award. 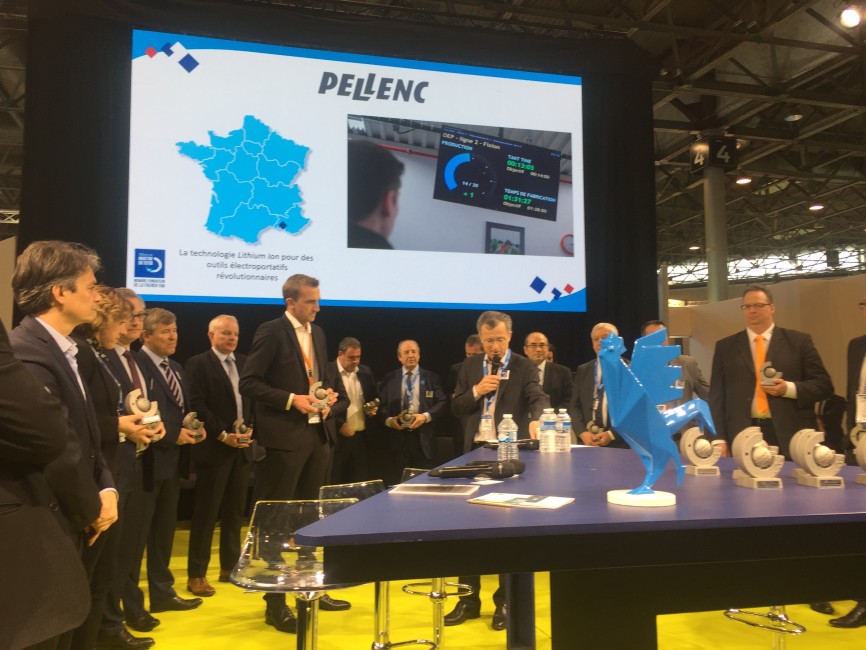 Since the Pellenc group was created in 1973, the company has based its development on a policy of constant innovation. The group's ability to be able to anticipate changes in its markets has led to the registering of 1081 patents - winning numerous awards for the excellence of its products.

A forerunner when it comes to lithium-ion technology, Pellenc has established itself in the "Zero Emission" professional power tools market. The company has seen rapid growth since 1973 and in just the last five years Pellenc has doubled its turnover. With a policy of investing 10% of its turnover back into research and development, the group is committed to continually developing its industrial processes and this led to the transformation of its factory.

Pellenc's factory transformation objectives were to not only improve operations but also to enhance the working conditions for employees - increasing their safety and optimising the comfort of the workstations.

The transformation of the plant has already proved to be hugely beneficial. Assembly times have been significantly reduced, while service rates in the workshops and production line areas have also been greatly improved. In turn, the teams involved feel better prepared and trained for the various stages of production.

Pierre-Antoine Barre, Pellenc Industrialisation Methods Manager was delighted to have achieved such large-scale objectives: "Transformation of the Pertuis site means that the Pellenc group's capacity and industrial flexibility has grown, and the competitiveness of its product range has improved, building on French know-how, a symbol of industrial excellence and a source of employment reaching +7% a year."

Aurélien Blanc, technical assistant in the portable power tools shop, offered a great insight from an employee's point of view: "The changes in the plant have reduced movements needed and distances covered. They provide real improvements in ergonomics, productivity and quality of work."

The Industry Showcase of the Future award is testament to the success of the factory transformation, but Pellenc refuses to rest on its laurels. There are many more factory projects planned for this year, including new innovations for the newly created areas, new workflow displays and automation systems.

Always seeking further improvements, the Pellenc group continues to innovate and it is no wonder that its products are spearheading the markets throughout Europe and beyond.

Pellenc products are exclusively distributed in the UK by Etesia UK.