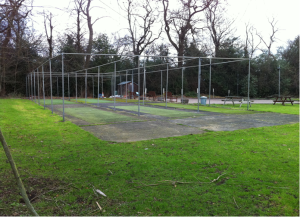 "If at first you don't succeed, try, try, try again" is an old adage that certainly showed its worth when North London's Botany Bay Cricket Club was seeking funding to replace its ageing cricket practice nets as part of a wider plan to improve the club's playing standard and facilities. Having applied to Sport England's Inspired Facilities Fund in both 2012 and 2013 - only to see its applications rejected - the club persevered.

Advice from Middlesex Cricket Board Development Officers helped the Club broaden the net, and the effort certainly paid off. Funding was eventually secured from a number of organisations including Biffa Award, SITA Trust, Enfield Council, Middlesex Cricket Trust and the Lord's Taverners Fund; with the club making up the balance from internal reserves.

Once funding was in place, the next challenge was to find the right supplier, as the club's Head of Cricket Development, Mark Couzens, explains:

"We got quotes from four suppliers and found the costs to be very similar. However, we found total-play to be very helpful, knowledgeable and prompt in answering any questions we had; and we were reassured that they were the first company to achieve the ECB NTP Code of Practice quality mark. We also liked the unique design features offered by total-play's system, including the white training lines, extra high structure and white netting to improve visibility for the batsmen."

total-play's response to the club's brief was based on its ECB approved tp365 non-turf playing system and comprised a 4 lane, 33m fully enclosed non-turf practice system complete with security fence and; fitted with the company's HD Protection Tunnel to provide a 'cocoon' of netting around each lane. 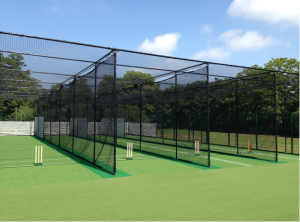 A two tone carpet was fitted with white training lines to two lanes, while an integral sight screen and ducting for inclusion of a bowling machine completing the specification.

With the new facility in place the club is already reaping the benefits, as Mark explains: "Although it's early days and getting towards the end of the season, attendance at senior training has already doubled in recent weeks. However, we believe the real benefit will be realised next season when we aim to significantly increase our membership and work in partnership with other schools and clubs in the local community who do not have cricket practice facilities.

"The funding process was fine once you knew where to apply, and we found all of the funding organisations we dealt with to be very helpful and supportive. The advice I'd give to other clubs is don't give up; you might have to deal with being knocked back - possibly more than once, as we were - but it's worth the perseverance in the end as we've now got a brand new state of the art practice facility which has cost the club relatively little."