Mike Wright, Technical Director for Hayter since 1990, has decided to take early retirement as from 3 September. During Mike's time at Hayter, he has played a major role in the transformation of the company, introducing a range of commercial grass cutting machinery to complement the already established range of pedestrian rotaries.

A chartered engineer by profession, Mike worked in a number of industries before joining Polymark Beaver in Rustington for the second time in 1981. Returning to the company he had left three years earlier, his main responsibility as Chief Engineer was the design of commercial laundry equipment. Under intense market pressure the company needed to diversify to survive and it is a mark of Mike's skills and abilities that he then became responsible for the design of various types of commercial grass cutting equipment. He continued overseeing the successful development of these products until 1987 when the company was bought by Tomkins plc who also owned Hayter. In 1987 he was appointed Technical Director over both companies and helped to combine operations, finally moving to the Hayter factory in 1991. From then on as Technical Director for Hayter, he has worked tirelessly to make Hayter the success story it undoubtedly is. 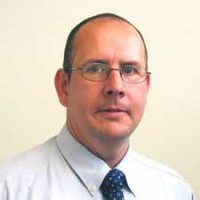 Hayter have announced the appointment of Steve Maryniak as Associate Technical Director with immediate effect. In his new role, Steve will report directly to Derek Boulton, Managing Director, and be responsible for the design and development of all Hayter consumer and commercial products.

Starting off his engineering career with Redring, he then moved to Hotpoint before joining Hayter in 1997 as design manager for consumer products. Since that time he has been responsible for the design of a range of pedestrian rotaries for the top end of the consumer market and which are equally at home with the demanding commercial user. Steve is 38, lives in Peterborough and is married with two children, one aged 4 years and one aged 4 months. In the little spare time he gets, he plays squash and badminton and in quieter moments enjoys a pint or two of real ale.

Commenting on the appointment Derek Boulton said. "Steve, under the watchful guidance of our retiring Technical Director Mike Wright, has consistently shown his ability in the time that he has spent with us. We have an ambitious new product development programme with tight deadlines and I know Steve will meet those deadlines. He joins a young, dynamic management team who will all play a significant part in the continuing success of Hayter." 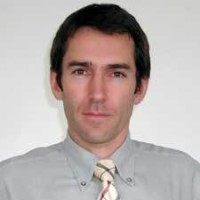 Hayter have appointed Paul Goodwin as Marketing Manager with immediate effect. This is a new position and his responsibilities will include marketing the commercial and consumer ranges but also taking a longer term view of the market, particularly in respect of product development.

Paul has been with Hayter for five years and has already played a major part in the fortunes of the company. In his roles as an Industrial Designer and Project Manager, he has been involved in a number of key company projects for both the consumer and commercial businesses. This has given him valuable experience for the role he has now undertaken. Paul is 36, married with a four month old daughter and lives in Cambridge.

Commenting on the new appointment, David Sturges, Sales and Marketing Director said. "Our continuing success and growth, particularly in the commercial market, means that we need to take a more strategic view in our marketing and product development activity. We are delighted that Paul has taken up this challenging role. With the ability he has shown in his previous roles and his wide experience, we know he will make a valuable contribution to the company's future."