5 Pesticide (mis)use - just who is responsible? 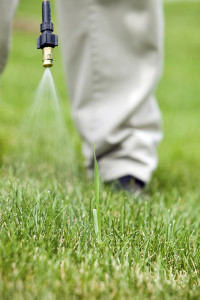 Just who is responsible for policing the mis-selling and misuse of pesticides? Alice Northrop tried to find out and, six months later and having been passed from pillar to post, she is still none the wiser

Back in July, we at Pitchcare discovered that professional pesticide products (PPPS) were being sold by an online store aimed at the domestic market. Concerned, we set about informing who we always assumed were the relevant regulatory bodies. The toing and froing that has ensued since the first email has, I think, shocked us all here.

Not only did we find the legislation for the use of pesticides in the amenity sector to be far from clear, but we also found that there was no apparent official body to enforce the regulations. We were passed from place to place, until we eventually found somebody who was willing to investigate. That was two months after our first enquiry. It also came as quite a shock to said person, as he didn't actually realise that it was within his organisation's remit to do anything about such matters. Not very confidence inducing, I think you would agree.

The use of pesticides in the Amenity sector has been in the spotlight recently with the ending of "Grandfather rights" in November, as well as the upcoming decision by the European Commission in deciding whether or not to keep glyphosate on the EU list of approved active substances. Surely, therefore, there must be some sort of policing involved in the use of chemicals in the sector in which we operate.

However, have a search online to find anything specific about what you can and can't do with regards to professional pesticides, and you will open a can of worms.

I have spent many an hour following website link after website link in order to try and find not only the root of legislation regarding the mis-selling and misuse of pesticides, but also who would enforce said legislation if it was brought to their attention.

I have to say, I am not a bad researcher, and I certainly gave myself the time to delve, but the end product was painfully dissatisfactory. The numerous reference to the "codes of practice", the "legislation" and the "guidelines", without anybody getting to the crux of any actual enforceable laws and regulations, was infuriating. HSE's website alone is like one giant unsolvable maze of links that take you nowhere near where you actually want to be. "Just give me the information I need!" my co-workers heard me shout at the screen for days on end.

So, to the beginning of our quest to find who could help us stop the mis-selling of these professional pesticides. We started with BASIS, as it is the authority renowned in the industry for their "independent standards setting and auditing organisation for the pesticide, fertiliser and allied industries". It would make sense that they would know what to do. They emailed us back a few days later to say "thank you for bringing it to our attention", and they would forward the link to CRD for investigation. We were told we would be kept informed.

The CRD, or Chemical Regulatory Directorate, is now housed, for administrative purposes, within the Health and Safety Executive (HSE). The CRD is "responsible for the regulation of biocides, pesticides, detergents, chemicals covered by REACH, and for compliance with the Classification, Labelling and Packaging (CLP) Regulation." So, we all agreed that they would be the people to sort this out.

Over two weeks later, however, and the pesticides were still being sold for domestic use. Cue an email from our Operations Director back to BASIS. We also took the complaints process into our own hands again, and raised our concern with HSE, using their contact sheet. HSE, you will notice, is the first website on the list when you type anything to do with pesticides into Google. They are "tasked by the Government to safeguard the health, safety and welfare of those in employment and those who may be affected by work activity". This time, we received a prompt reply: "Your enquiry does not fall within HSE's enforcement remit, so we are unable to comment on the matters you raise". However, they did tell us that our local Trading Standards Officer would be able to assist us.

So, off to the Citizens Advice Bureau (CAB) website we did go to report the company, and then we waited to see whether Trading Standards would take on the case. The CAB service is "responsible for providing consumers in the UK with a telephone and online service offering information and advice on consumer civil issues", and they are the route to take when getting in touch with Trading Standards.

Later that week, we spoke to the Trading Standards Officer that operated in the area where the company selling the pesticides was registered. He admitted that he was unclear as to the regulatory controls that apply to the products, and also that he hadn't actually known, until this enquiry, that it fell within his remit to do anything about it. So, to aid him, we sent him information on the professional pesticides being mis-sold on the website for domestic use, as well as the rules, as we know them, with regards to selling pesticides and the potential consequences for misuse. We also asked BASIS to provide some information to help the officer with the investigation.

So it was left for over two months with Trading Standards, whilst we continued to speak to BASIS, who said they would bring the case up in a meeting with CRD. We also contacted the Amenity Forum, "the leading organisation within the UK amenity sector for promoting safe and environmentally friendly use of pesticides". They, in turn, contacted HSE, who, I believe, took it more seriously this time and started to look into it.

Meanwhile, we received no feedback from our Trading Standards Officer, until nine weeks after we first got in touch. He again stated that he was "personally unclear as to the regulatory controls that apply to these products" and said that he had sought HSE's advice two months before and had not received a response. Very helpfully, he chased them up and received a reply three days later. The reply sparked quite a lot of debate here, especially as Trading Standards then left us to it. 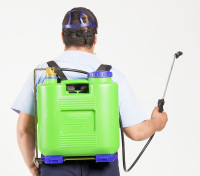 The main concern we had with the reply was the apparent lack of responsibility from anyone, save the individual who ends up with the product. "Sellers are not required to check the actual certificate that the purchaser (or intended user) holds, but they should remind customers of their obligations, by whatever means they feel is appropriate".

I could have bought the pesticides in question from the website without a licence, and all I had to do was tick a box saying that I had a spraying certificate. Which leads us to the question, if the individual who buys the professional pesticides is solely responsible, who on earth polices the use, and how on earth could they possibly police it?

Our Training team come across this time and time again when dealing with enquiries about Safe Use of Pesticides (PA) courses that are offered by Groundsman Training. In response to my colleague's assurances that it will be illegal to spray pesticides without a licence as of 26th November, when "Grandfather rights" are removed, one enquirer asked her: "Who's going to find me? If you are driving uninsured, the police get you. If I use these chemicals without a licence, who's going to stop me?" A question which we couldn't answer then and, after months of enquiries, still can't answer.

So, what happens when an incident occurs? Well, then it is a different story. There seems to be clear instructions for incident-reporting, including if people have been affected, water sources contaminated, the wildlife or the environment damaged. Unfortunately, this means that something has already happened. This would inevitably lead to the blame being shifted around the various "regulatory bodies", and the usual scapegoating occurring, leading to reactive legislation rather than taking proactive steps towards regulation.

When it becomes common knowledge that we can all get away with buying professional pesticides and doing what we will with them, we suspect there will be a significant increase in the irresponsible selling of these chemicals. We only need to look to Ebay and Amazon to find how easy it is to purchase professional products for any domestic user. 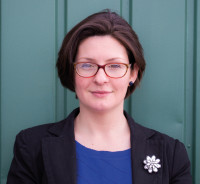 Vicki Wall, Spray CDA and External Sales Manager at ALS, says, "There seems to be no stem in the flood of illegal and unregulated products which are very easy to get hold of." While searching weed killer on Amazon, of the first fifteen products which came up, she found that eight were professional products and one was sodium chlorate. Not only that, but the suppliers of the chemicals were answering evidently domestic questions, by advising that the customer use Kurtail for Marestail control, for example.

The lack of enforcement and clear instructions for the selling and use of pesticides, from the manufacturers to the distributors, to the individual or company that ends up with the pesticide, leads to a total lack of responsibility which is, quite frankly, extremely worrying. It means that anybody and everybody can flout the "regulations" and sell whatever they like to whomever they like.

So, how can we begin to rectify the problem that, if an incident occurs, could cause a not-so-friendly spotlight to be directed at our industry?

An industry wide approach, encompassing all the major manufacturers, the suppliers, and the regulatory and advisory bodies seems like a plan. Clearer legislation regarding the distribution and sale of the chemicals would be a good starting block. If we can react to the incidents that occur as a result of the misuse of pesticides, surely we can prevent the chemicals ever reaching the individuals not qualified to use them. Now that Grandfather rights have been made defunct, why can't we increase responsibility even more, and make sure that the suppliers are 100% sure that their customers have the correct certification? As well as this, the manufacturers should take responsibility for who they are selling their products to.

Although our extremely frustrating attempt at reporting a worrying case of mis-selling of pesticides would put many people off, we will be keeping a close eye on what is happening with regards to the legislation, and will continue to investigate the matter. Meanwhile, I will continue to check the website in question daily, to see if anyone has come to their senses.