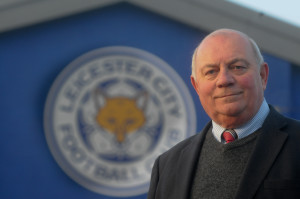 One of the most well-known and respected names in the professional turf machinery industry, Peter Mansfield, has left Lely UK after 32 years with the company.

Until recently, Peter headed up Lely's turf division business, best known for the distribution of Toro turfcare products. It's a job he carried out with distinction for 22 years, after first being appointed general manger, turf business, in 1992.

The role embraced all aspects of distributor support for the Toro business with Peter overseeing everything from parts, service, warranty, training, sales and marketing and Lely's national dealer network.

Peter was a familiar figure at industry events such as BTME. He also played a leading role as the link between Toro, BIGGA and Lely, as well as being a judge, for the widely regarded annual Toro Student Greenkeeper of the Year Awards.

One of Peter's proudest achievements was the setting up and running of a new 24/72 Parts Programme to guarantee customers on-time delivery of Toro parts in just 24 hours from stock or only 72 hours for those being flown in from Toro in the US.

He says the biggest changes he's seen over the years have stemmed from the march of technology. First the IT revolution, which transformed communication with customers and led to much higher expectations in terms of response times and service levels. Likewise, massive steps in product technology, particularly in computerisation, have meant meeting demands from customers who are much more reliant on Lely for support.

"What I've most enjoyed is seeing Lely grow its business as a distributor for Toro to the extent we have," says Peter. "It's grown five-fold in my time and I always got a buzz when I looked at the plaques on the wall Toro presented us with as awards for what we achieved."

As to the future, he says he feels it's the right time to leave for himself and for Lely's succession planning. "Initially, I'm going to take a well-earned break and spend more time with my family and pursuing my hobbies," says Peter.

Graham Dale, Lely UK managing director, says: "Peter has been a close friend and confidant of mine for 30 years and I'm personally sad to see him leave us. But these decisions come to us all. His colleagues and I wish him well."