by Louise Challiss
in Machinery & Mechanics
on 11 Jul 2018

Europe's top-selling wood chipper manufacturer GreenMech will have a vast range of machinery on display on stand 80-110, in the outside area, at this years APF exhibition. In addition, visitors will also have the opportunity to find out about a number of special deals and flexible finance options available exclusively at the show. 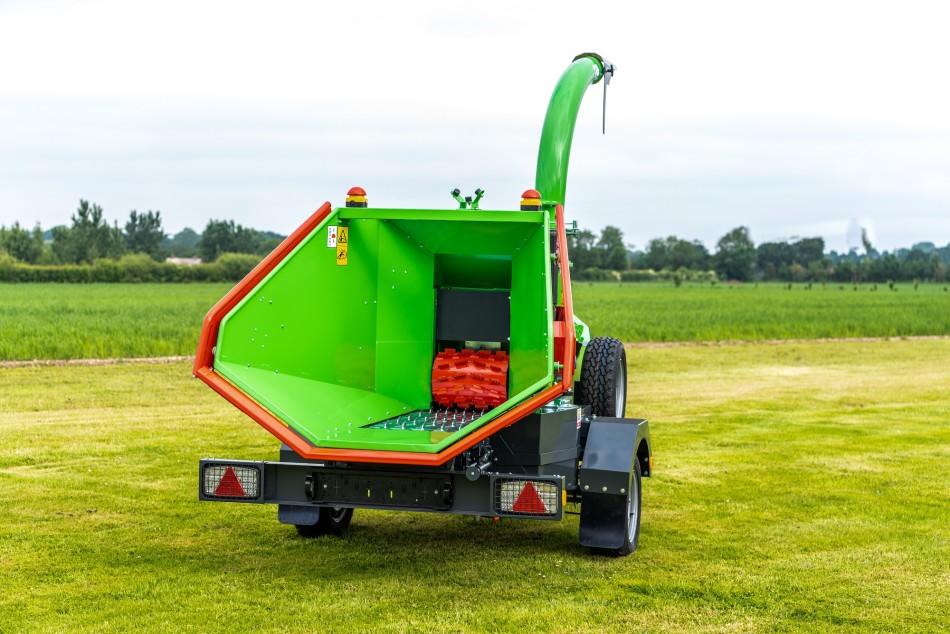 The in-feed chute on the new Combi 200, on show in the UK for the first time

Next year sees the introduction of new, more stringent Stage V emissions standards covering diesel engines above 26hp, so a particular highlight on the GreenMech stand will be the petrol-powered Arborist 130 and Arborist 150p models. The Arb 150p is fitted with a 37hp Briggs & Stratton Petrol engine which can offer comparable performance to the higher horse-powered diesel engines, but at a much-reduced cost. For those users who prefer diesel power however, GreenMech's popular Arborist 150 powered by a Kubota 26hp engine, remains in the range and is unaffected by the new regulations.

Also on show, for the first time in the UK, will be GreenMech's new Combi 200 wood and green waste processor. Based on the successful Arborist 200, it features a robust conveyor and a large in-feed chute to make loading safe and easy.

GreenMech's reputation is built on innovation; their original patented SAFE-Trak extension system broke the mould for tracked chippers, allowing independent adjustment of each track, to traverse slopes of up to 35o with ease. All of GreenMech's hydraulic machines also come fitted with their patented disc-blade system as standard - giving the operator up to 3 times the life of conventional straight blades before requiring re-sharpening. Their full British designed and built range of Pedestrian, Road-Tow, Turntable, Tracked and Tractor-Mounted machines are also supported by a 3 Year "No Quibble" Parts and Labour Warranty.