0 PGA Catalunya Resort to host the ECCO Tour in 2015

European Tour destination PGA Catalunya Resort near Barcelona is widely regarded as potentially the best golf resort in Spain and the venue's two world-class courses, the Tour and the Stadium, will host the Winter Series of the ECCO Tour, the Danish satellite tour, in 2015. 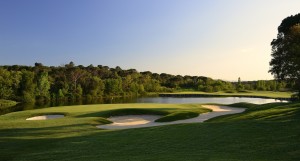 ECCO Tour owner, Flemming Astrup, ECCO Tour Owner said: "I am really excited with the agreement. It's a perfect venue for our Winter Series, and I am sure that the players will appreciate it as well. They will compete on two championship courses, topped with world-class practice facilities - a perfect combination in preparation for their upcoming season."

Julio Delgado, PGA Catalunya Resort's CEO, said: "Over the years we have had many Scandinavian visitors to PGA Catalunya Resort, including the Danish, Norwegian and Finnish national teams, who have chosen it as their preferred winter training venue. This, however, will be the first time we will have welcomed the ECCO Tour and Nordic Golf League.

"Elite international players, as well as seasoned professionals, are no strangers to the PGA Catalunya Resort. Having hosted our third Open de España in 2014, which saw local golf icon Miguel Angel Jimenez lift the trophy, the resort also held the European Tour Qualifying School Final Stage for the seventh consecutive year in November. We are certain the players taking part in the ECCO Tour Winter Series in March will find the courses and our on-site practice facilities in the best condition, as we continuously strive to provide the best practice conditions for all our players."

The 2015 ECCO Tour Winter Series includes two tournaments played on PGA Catalunya Resort's Stadium and Tour courses between March 10th and March 17th. The total prize fund for the series is 100,000€ with 45,000€ awarded at the Mediter Real Estate Masters (March 10th-12th) and 55,000€ at the PGA Catalunya Championship (March 15th - 17th).