Iain McInally, previously Director of Golf at the Fairmont St Andrews, has been appointed General Manager of Quinta do Lago in Portugal, while Henrik Bergqvist, formerly a client manager at IMG, is set to take over as General Manager at Kungsängen, Sweden. 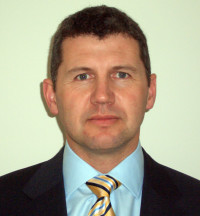 "Quinta do Lago has regularly ranked among the world's top 20 resorts in Golf Digest magazine and has hosted eight Portuguese Opens, while Kungsängen is a favourite among European Tour professionals who have played four Scandinavian Masters there. Iain and Henrik will be developing strategic business plans to maintain and enhance the world class service and facilities found at all PGA European Tour Courses venues."

Iain McInally, 38, is an experienced golf manager having previously held senior positions at the Fairmont St Andrews, The Old Course Hotel, St Andrews, Marriott Hanbury Manor and Royal Westmoreland, Barbados. He started out as an assistant golf professional at Worplesdon in Surrey, England, before moving to the highly acclaimed Wisley Golf Club, also in Surrey, after winning the prestigious award of PGA Trainee of the Year.

"Quinta do Lago is rightly seen as one of the best golf destinations in the world," said McInally. "With a third 18-hole course currently under construction, it is an exciting time to be joining this prestigious venue and I look forward to moving to Portugal." 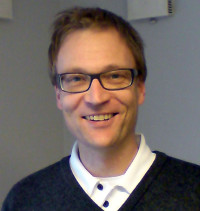 Henrik Bergqvist, 40, was also a professional golfer before moving into business, first as a marketing director for Golf Digest Sweden, then as a client manager for IMG in Sweden (working with players including Annika Sorrenstam and Jesper Parnevik) and most recently running his own businesses in events management, in partnership with the PGA of Sweden, plus sponsorship consulting. He recently achieved an MBA to add to his marketing degree.

"Kungsängen features two superb golf courses with facilities that are second to none in Sweden," said Bergkvist. "My role will be to be further enhance the world class service both on and off the course and ensure that the highest standards of greenkeeping and agronomy are maintained."

The Group also has a consultancy agreement with Paramount Shrigley Hall in Cheshire, England, providing a range of golf-related operational, sales and marketing expertise and overseeing a programme of substantial course improvements.

To order a copy of the new PGA ETC brochure for golf clubs, please contact David MacLaren by e-mail david.maclaren@pgaetc.com or visit the new website www.pgaetc.com