Over the last four years Leighton Buzzard Golf Club has been phasing in a new Toro irrigation system and each time there's a new installation the improvements are clear to see, says course manager, Paul Harris. 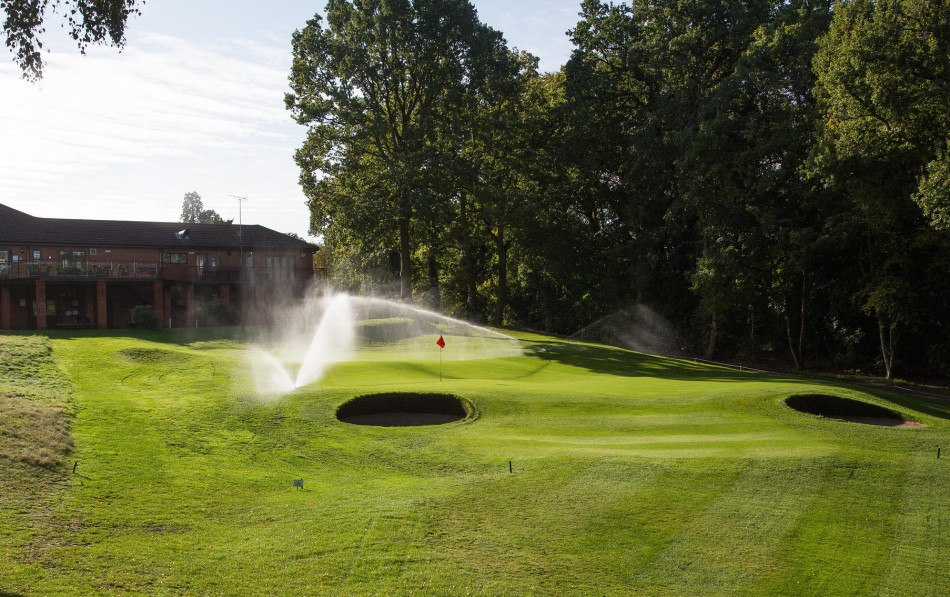 Leighton Buzzard Golf Club has phased in a new Toro irrigation system over four years, with improvements clear to see at each stage.

The club started discussions with Irritech and Reesink Turfcare four years ago and decided a phased installation plan would allow them to make improvements without major disruption to its members.

"When I first started around six years ago, there was a real mismatch of sprinklers and systems," says Paul. "So, my first job was to try and get some uniformity. We initially replaced all our sprinkler heads with Toro T7s, then two years ago we had Toro Lynx Central Control installed.

"The improvement was noticeable each time we added more Toro. With the sprinklers came consistency and with the Lynx control system, we can be more efficient and target specific areas, so we quickly started saving money and water. That was really important for us as we were watering off the mains."

In November 2019, the final phase began. The new system, designed by Irritech and installed by LS Systems Ltd, consisted of brand new pipework and cabling, and 500 Toro Infinity sprinklers added across the greens, approaches, fairways and the larger tees, with T5 and T7 sprinklers on those remaining. Plus, GAC Module was added, delivering high speed diagnostics to allow for more control, increased precision and to simplify maintenance.

"The installation was completed in spring this year, and while I knew we would see further improvement, I didn't think it would happen so quickly," says Paul. "It's been a superb transformation. The standard of the course now is just incredible. Particularly on the fairways which weren't irrigated before and the whole team is really happy with how easy everything is to operate. The Infinity sprinklers in particular are fantastic with a big bonus being that they are top accessible, so maintenance is easy and doesn't disrupt play."

But the biggest benefit Paul says is how the system has helped the team manage the care of the turf on a tricky sand-based course: "It's a constant battle to irrigate during summer, we were losing turf at the end of the season almost every year, particularly in 2018 when the hot weather was quite destructive. Now we can keep the turf alive throughout the whole year."

With such a large project now complete, Paul is looking forward to seeing the long-term results Toro irrigation will bring.

"We decided to go with Toro because of the quality of the products, the support available and the great working relationship we have with Reesink," he concludes. "Taking all of that into consideration, with the results we've seen already, I'm confident that our Toro irrigation system will perform to an excellent standard for years to come."