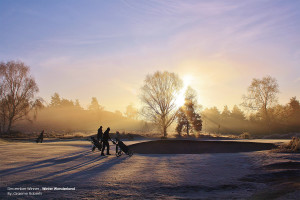 What makes a great photo is open to conjecture. Often, it is simply a case of what 'fits the eye', and it would appear that the Pitchcare members have an eye for the atmospheric and moody!

The Pitchcare Photo Gallery Competition was launched in March 2013 and, from day one, it captured the imagination of the artistic amongst you.

Professional photographers will tell you it's all about exposure times, composition and light and dark, and many of our entrants embraced all those elements to stunning effect. Equally, there were some who simply pointed their camera or smart phone and snapped some excellent images.

The monthly judging panel initially whittled down the considerable submissions to a shortlist of four and then handed over the responsibility of choosing the winner to the Pitchcare members via online voting.

Each monthly winner received a £100 voucher to spend in the Pitchcare shop, with the overall winner grabbing himself a new iPad Air.

Final judging was undertaken by professional photographer, Dave Whiteman ABIPP, who was formerly Instructional Officer at the Defence School of Photography, DCAE Cosford, who commented; "Overall, I thought the standard was high. Photography is very subjective, but my three choices here were based on shot difficulty, composition and exposure."

Graeme entered his wonderful shot into the 'Winter Wonderland' category in December. This was Graeme's second monthly success, having won the 'Sights of Summer' category in June with an equally evocative image. Graeme explained that the photograph was taken whilst doing gorse clearance by the 10th green at his previous club, Hankley Common. "It was a beautiful frosty morning, perfect for pinging golf balls across totally frozen ground!" he stated.

Dave Whiteman ABIPP commented; "Firing into the sun is always tricky and Graeme has managed this without flare problems, whilst maintaining a good exposure. It's a nice composition also."

Graeme's prize is an iPad Air 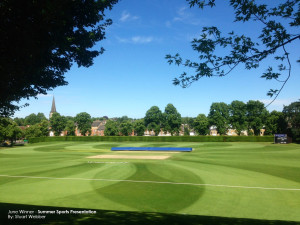 Dave Whiteman ABIPP commented; "I went for this simple shot of the cricket pitch because it has a really excellent composition. Stuart has placed the trees in the sky to add a frame and the overall exposure is spot on. A really nice image." 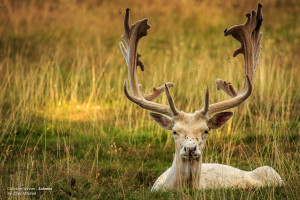 Chris was shortlisted four times, and this striking image, taken at Knole Park in Sevenoaks, Kent, won the 'Autumn' category in October.

Dave Whiteman ABIPP commented; "Great composition and very good exposure. Chris must have had to be quick to get this shot as they don't tend to lie around for long if they sense an intruder. Long lens and wide aperture has isolated it from the background. A really lovely postcard type picture."

The 2014 Photo Gallery Competition is up and running. This year's prize for the overall winner will be a digital camera bundle and we have already received some fine entries for January and February. So get snapping and submit your entries online at www.pitchcare.com.