As the cricket season continues this summer, take a look back at the history of Lord's Cricket Ground, from its clash with a teetotal landlord to securing its status as the spirtual home of the game 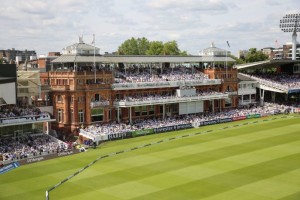 Cricket fan or no cricket fan, it's likely that you'll have heard of the Marylebone Cricket Club (MCC). The prestigious society has long made itself at home at Lord's, where it has been integral in shaping the sport as we know it today, from the rulebook to the roster of tournaments held each year. Fans from all walks of life will flock to the grounds in the coming weeks as the test series gets underway, culminating with the England v Pakistan fixture starting on 14 July, but Lord's hasn't always been such an inclusive venue.

Much like hunting and shooting, cricket was once the game of the upper classes and Lord's was originally founded as a private haven for the sport's aristocratic fans, who were annoyed that their former haunt of choice, the White Conduit Club in Islington, was becoming increasingly popular with the lower classes. Thomas Lord, the founder of Lord's Cricket Ground, was at the time working as a bowler and groundsman at the Islington club. In response to the noblemens' pleas for a more exclusive venue, Lord founded the first of his grounds in 1786, in what is now known as Dorset Square. It was here that the MCC was formed, which created a Code of Laws that required wickets to be pitched 22 yards apart and dictated the roles of each player. These rules are enshrined in cricket law and are still recognised worldwide today.

The grounds, however, were not so successful. In his book Lord's Through Time, Anthony Meredith reveals how the space quickly became a hotspot for lawlessness. "Early on in the 23 years he ran this ground, Lord put up a fence and charged non-members sixpence for entrance. The large crowds and high stakes - the very first match was played for two guineas - both encouraged crime." Eventually, Lord was forced to move the club in 1811 to the Eyre Estate in St John's Wood. This new location proved unpopular as the landlord disagreed with the consumption of alcohol, so in 1814 it was relocated to St John's Wood Road, where it remains today.

Since it began the club has been pivotal in cricketing history. Along with creating the Code of Laws, the MCC is home to the Eton v Harrow cricket matches, which have been played annually since 1805. The club also played an important role in the origin of the Ashes tournament: it was here that England was beaten by Australia in 1882, its first ever loss on home soil. The next day, The Sporting Times wrote a joke obituary for the "death of English cricket". When England next toured Australia, the team burnt a pair of hay bales in response to the article and the ashes were put in the now famous urn.

Today the club remains the most renowned cricketing venue in the world.

For the original article, visit www.luxurylondon.co.uk.