Community footballers at Bedale Junior FC in North Riding can now enjoy the benefits of playing on new natural grass pitches which were unveiled at Dobsons Field recently. 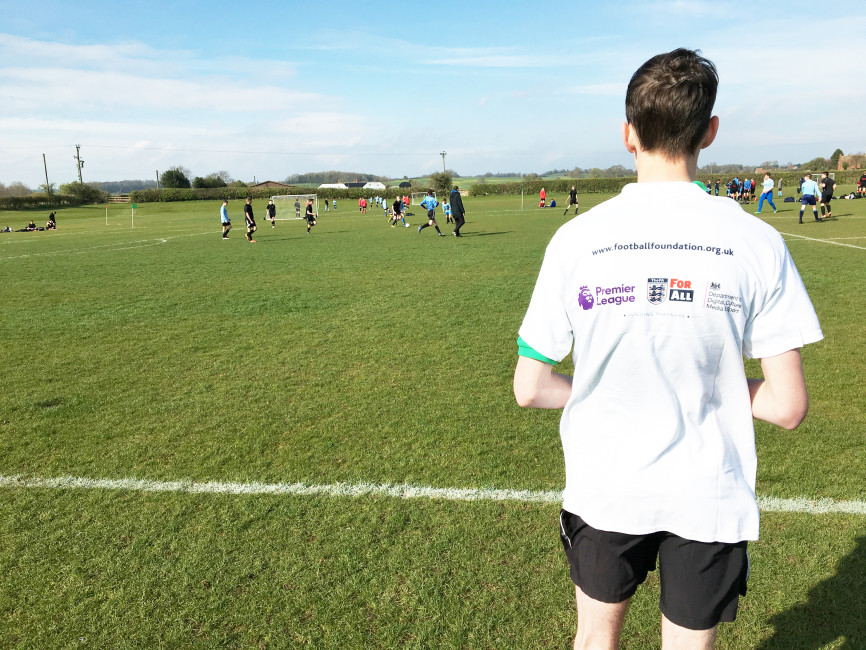 The new pitches and grounds maintenance equipment were made possible thanks to investment from the Premier League, The FA and Government's Football Foundation.

After netting a £100,000 grant from the Football Foundation, work begun on the site in January 2018. The club purchased four acres of farmland adjacent to its ground to convert into three new grass pitches. In addition, new fencing, car park, garage and workshop and a coach's room were built, as well as new ground maintenance equipment acquired.

Beadle Junior FC provide football opportunities for players at the club and the surrounding region. Following the official opening, the club hosted the annual area schools' girls 7-a-side Tournament, the following day it hosted a boys tournament and over the weekend a full programme of fixtures covering four leagues featuring teams from North and West Yorkshire, Teesside and Durham.

North Riding County FA worked in close partnership with Bedale Junior FC to focus on increasing participation in the 14-25 age bracket at the club. Growing to over 100 players within this age group during the next five years, club is focused on increasing recruitment and retention due to better quality facilities.

Ian Cross, Head Coach at Bedale JFC, said: "This is a great day in the history of Bedale Junior Football Club and will allow us to continue to support local boys and girls to take part in organised football, enjoying the fun and benefits a healthy lifestyle can bring.

"It's been a real team effort from club volunteers and our supporters in the local community backed by the generous funding of the Premier League & The FA Facilities Fund, and Hambleton District Council."