0 Pitch perfect: Oxford United's groundsman on a career in grass

There is a sign stuck to the whiteboard behind Paul Currier's desk which reads 'Every day is a holiday for a man who loves his job'. 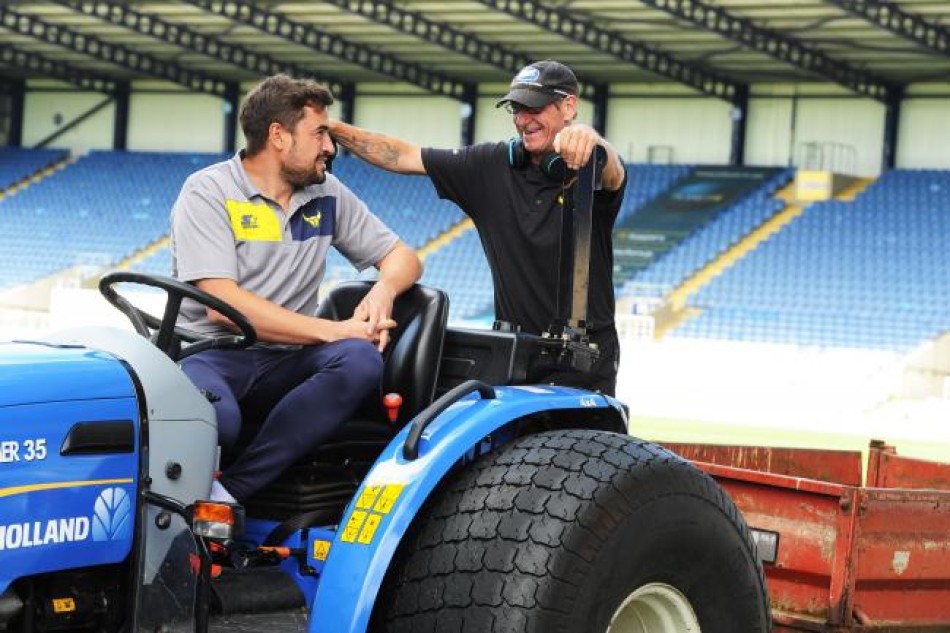 Five minutes with the head groundsman at Oxford United is enough to know it is not a hollow statement.

Currier, 58, is in the 40th year of a career which has taken him from school pitches to a host of Football League clubs - including tomorrow's opponents Northampton Town - via a spell tending the lawns at Northamptonshire Police's headquarters.

For someone who is quick to admit he was not the most academic at school, it has been quite a journey.

"I've always had this philosophy that if you get up in the morning and can't wait to get to work then you're enjoying your job," Currier says, leaning back on a desk chair in his office, tucked under the East Stand.

"You've got to be dedicated. It can be seven days a week, it can be 12 hours a day and it's not one of the best paid jobs in the world.

Those who look after pitches tend to have a gruff demeanour, forever barking at people to 'keep off the pitch'.

But then they have plenty to worry about.

Currier, who reckons he walks 15 miles on a matchday to prepare the pitch, said: "All groundsman are the same, we're all classed as grumpy sods.

"You have to police it because otherwise everybody will go on. They'll think 'it looks all right, I'll go on it', but you don't see the damage until Christmas, so you've got to keep the traffic to the minimum."

"I have a checklist that I do pre-match, everything's done, but you've still got that worry at the back of your mind.

"You wince when players go into the back of the net and they pull themselves up with it. It just pings everything off.

"The worst nightmare for any groundsman is to be called on while the game is going on."

Then there are pests and diseases to lose sleep over, but his main obsession is the weather.

Pitch technology has improved markedly in the last 20 years, with the Kassam Stadium among the increasing number of surfaces in the Football League to mix the grass with artificial fibres.

Currier, brought in when the pitch was completely relaid by GreenFields in 2015, checks the forecast every four hours in the winter months.

And here, the Kassam Stadium's open western end can be either a benefit or a hindrance.

He said: "I'm pretty confident you won't get a game called off here for waterlogging.

"Because the pitch is so wide open to wind, it can dry twice as quickly as anywhere else. You can get a downpour while you're playing and it won't affect it, barring the odd splash.

"Frost is my biggest concern here, because it's open. Temperatures drop and there's constant shade down one side - because of the South Stand - which is two degrees colder than the other side."

While he is a West Bromwich Albion supporter, spending so much time at a club tends to create a bond.

But United have had a stronger pull than most, as the first club where he is invited into the manager's office after games.

He said: "I'm lucky here at Oxford because they treat me as one of the team, there's a good rapport with the managers."

Given the expertise built up over four decades, you might presume Currier has a perfectly-tended lawn at home in Northamptonshire.

"No, mine's artificial," he grins.

"When I'm at work I'm constantly thinking about grass, so when I'm at home I just like to chill out and relax and go 'I shan't be cutting that today'."

Even for a man who is always on holiday, there are limits.