by Danny Thorogood
in Consultancy
on 24 May 2004 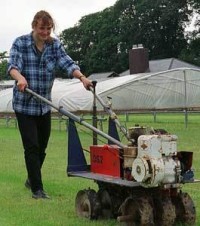 We all know that, in the UK, perennial ryegrass has the best playing and wear characteristics for winter sports pitches, but when it comes to variety choice within the species, well, where do we start? The only independent guide produced in the UK is 'Turfgrass Seed' produced by the Sports Turf Research Institute and the British Society of Plant Breeders. The STRI test varieties of ryegrass for their wearability during winters of simulated wear on replicated and randomised square plots. They measure the amount of green grass remaining at periods during wear and, at the end of the wear period, compare the varieties tested, and publish the results in rank order in a table in 'Turfgrass Seed'.

Then, is it simply a matter of choosing the varieties at the top of the list? Well, not necessarily because you should also be interested in other characteristics. Of great importance is how the turf looks and plays. Ideally you are looking for a turf that wears well, plays well and looks good. But there is a fundamental rule in ecology that means things are not quite that simple.

This rule is called the rule of self-thinning. Simply, it states that the higher the biomass (weight of above ground plant matter) the lower the density of the plant material. In other words higher biomass equates to larger but lower numbers of individual plants (see diagram). The rule applies to every living ecosystem from tropical rainforests down to populations of bacterial colonies with football pitches somewhere in the middle. The rule means that there is a boundary line that, for a given grass sward, no management practice will be able to cross.

Increasing the biomass of a grass sward is one way of increasing its wear tolerance: the more grass there is at the start, the longer it will take to wear it away. That's one reason why keeping the grass reasonably long will increase its wear tolerance. The problem is that increasing biomass makes for a turf with low numbers of large individual grass plants, creating a rough textured surface which is not the best in terms of aesthetics or playability. It also means that, as a general rule, the wear tolerant grasses are those with lower numbers of large tillers (high biomass) and may not produce the best quality football pitch.

But plant breeders have been able to produce grass varieties which combine high biomass (wear tolerance) with high shoot numbers (fine texture) a number of which can be identified in 'Turfgrass Seed'. They have effectively been able to displace the self-thinning boundary line upwards. It is these varieties which the groundsman should consider using.

Nothing is always that simple though. A turf sward at the boundary line is growing optimally. Much of the time, much of a grass football pitch in winter is well below this optimum because of stress factors such as frost, soil compaction, waterlogging, lack of light and, of course, wear from players. A sward's ability to recover from these stresses and return to the boundary line is also very important. I would argue that there are few management practices that can bring about this recovery, save turf replacement, because the grass is growing so slowly and will not have time to respond to such intervention before it is kicked back to the ground by another sliding tackle (or another heavy ground frost). Breeders may play their part here if they can find grass types that grow actively in the winter and can withstand the environmental conditions associated with the vagaries of a British winter. But this will be a tough challenge.

Breeders appear to have made some progress towards varieties that combine good biomass (just one component of wear tolerance) with shoot density (fine turf texture). The challenge to plant breeders is now to produce varieties that are capable of recovering from the continual knock backs they get from an intense season of winter wear. Perhaps if we are successful in this goal, the groundsman will have something to work with that can be brought close to optimum performance despite the continuous assault of the winter weather and the player's boot.