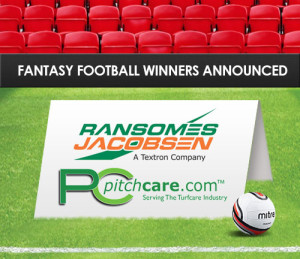 For many, the 2012-2013 Barclays Premier League will be defined by the last great stand of, without doubt, the greatest manager of the Premier League era and an all time great, Sir Alex Ferguson.

Throughout Sir Alex's time at Old Trafford, his ability to identify and bring in star quality, in order to continue winning trophies at the highest level, has been unquestionable - Ronaldo, Cantona, Schmeichel, Van Nistelrooy to name a few.

The intelligent acquisition of the 2012-13 Fantasy top scorer, Robin van Persie, was instrumental in United gaining the trophy back from Ferguson's self-titled 'noisy neighbours' and again demonstrated his genius understanding of the formula to win titles and trophies.

Professional Footballers' Association Player of the Year and Young Player of the Year, Gareth Bale, was second in the player points table. Bale's future at Spurs looks uncertain after the club narrowly missed out on a Champions League spot for the second year running. Elsewhere, Luis Suarez's ill discipline hindered an excellent points scoring season and Santi Cazorla, Michu and Lambert made huge impressions amongst some familiar scoring top players.

Despite not landing the Old Trafford job, greenkeeper Richard Ponsford of Henbury Golf Club improved on a 6th place finish last year to secure the consolation of 1st place with his team 'Stuffed Sage' and £300 money, gaining the prestigious title from his colleague James Rowles, last year's winner. You can imagine the break time discussion at Henbury!

There are plenty of familiar winners in the top 15, including Reading groundsman Dominic Murray, Manchester City groundsman Gary Conway and greenkeepers Richard Ponsford, and Gary Hawley of, guess where, that institution for Fantasy management excellence - Henbury Golf Club. 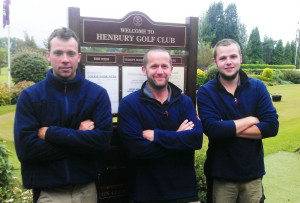 A special mention must go to King William's award winning groundsman Mike Atherton who finished 12th and ensured he kept Pitchcare's Kiran Contractor (where was he this year?) regularly informed of his managerial performance throughout the year - with his Alpine Stripes team finishing ahead of FC Kizzle Kicks by a whopping 116 points.

Talking of Pitchcare, Stock Controller Angela Hunt finished highest of all the staff here, putting the men (many languishing well past place 100 - mentioning no names) to shame.

A huge thank you to Ransomes Jacobsen for their sponsorship and a well done to International Marketing Manager Gina Putnam who flew the RJ flag to finish in highest place amongst their staff.

With key managerial moves at Man City, Chelsea, Manchester United and Everton, next season could be the most unpredictable yet - we will keep you posted on details for our 2013-14 game.

Congratulations to all our winners, we hope all participants enjoyed the season!

Team Prize: Have you qualified to win the £150 bonus team prize? This is available to the team of Groundsmen or Greenkeepers that accumulate the most average points. This is calculated by averaging the points of the 3 best scoring fantasy league entrants from one sports club or organisation ( it is likely between Henbury and Royal North West Golf Club) - email details of your 3 highest place competitors to dan@pitchcare.com and we will award the prize.....

Claim your prize: Winners need to email: dan@pitchcare.com with their contact details. Subject to meeting the terms of entry you will receive a cheque following this date. Details for the forthcoming 20103-14 Fantasy Football competition will be posted online at Pitchcare.com in the next month. 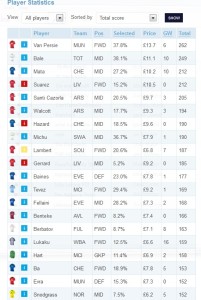