by Editorial
in Pitchcare News and Football
on 09 Jun 2015 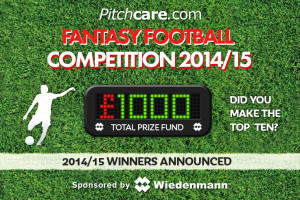 The 2014/15 season has come to an end, and so comes the one time a year our cheque book comes out the draw! Congratulations to all those who finished in the prize winning spots.

Whilst champions 'boring boring' Chelsea led the Premier League for a record breaking 274 days, many of this season's moments happened away from the top of the table. Manchester United broke the British transfer record with the £59.7m signing of Angel Di Maria, although this did not intimidate Leicester one bit, who scored 4 goals in twenty minutes to turn around a 1-3 deficit. Such showcase of resilience saw them fight back from bottom of the table to finish 14th and retain their Premier League status. 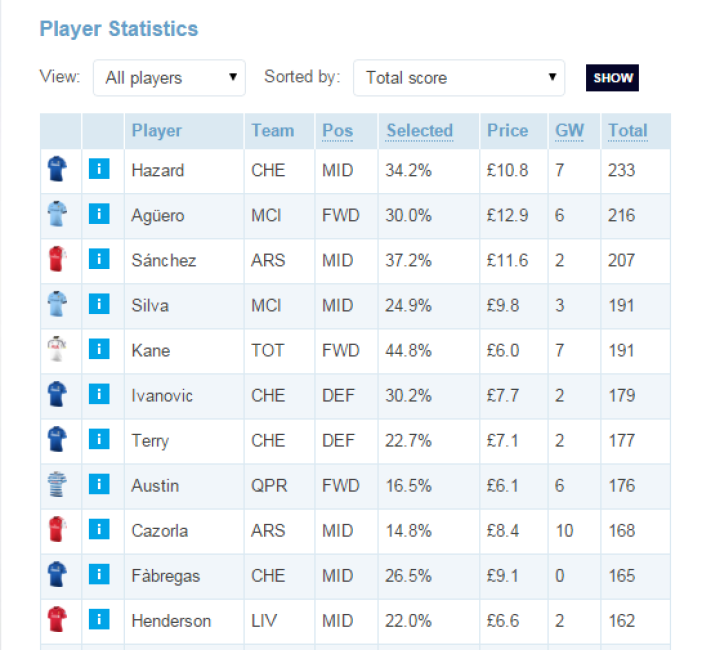 One of the surprise performers of the season was the PFA Young Player of the Year, Tottenham Hotspur's Harry Kane. After scoring 7 goals in Europe we all had one eye on him at a Fantasy Football price of £5.0m and, once Mauricio Pochettino presented Kane with the opportunity, he took it, finishing the season with 21 goals. Yet the best moment of the season may have come for Kane on international duty, the youngster scored a debut England goal just 79 seconds after coming on as a substitute. Has a star been born?

This season may have produced a new England star, but it's been the final season for the sensational Steven Gerrard. Over a 17 year professional career at Liverpool, Gerrard won nearly everything club football has to offer, but this season certainly won't be his fondest. His 38 second appearance against rivals Manchester United will be high on the list to forget, along with the 1-6 defeat at the hands of Stoke City on the final day of the season.

As we bid farewell to a Premier League legend and to the 2014/15 Pitchcare Fantasy Football season, there are no such departures with our top performers, as last season's winner Gareth Yandell finishes in 5th and 7th place, Mike Sage marched to the top of the table and claimed the 2014/15 championship crown.

With over 70 employees at Pitchcare, we are seemingly very bad at winning any prizes in our own competitions. This year, Technical Manager James Grundy topped the league with Mister Sergio's in 18th place. Self proclaimed football guru and fantasy veteran, and sales team member Kiran Contractor, finished 113th to the delight of many of his customers.

Congratulations to all our winners! 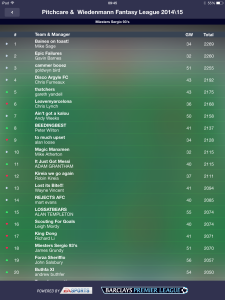 Pitchcare would like to express thanks to this season's sponsors Wiedenmann (UK) Ltd and to all who participated this season.

Winners need to email: sian.workman@maxwellamenity.co.uk with their contact details.

Subject to meeting the terms of entry you will receive a cheque following this date. Details for the forthcoming 2015/2016 Fantasy Football competition will be posted online at Pitchcare.com soon.