In keeping with its commitment to supporting and promoting groundstaff at all levels, Pitchcare is delighted to announce an agreement with the Racecourse Association Ltd to sponsor the much coveted Neil Wyatt Racecourse Groundstaff Awards, the only awards in British horseracing to recognise the significant contribution of groundstaff.

The awards have been in place since 1996 and are named after a former Jockey Club Senior Inspector of Courses who promoted and instigated the existing training programme for racecourse groundstaff.

Pitchcare, the UK's leading website for Groundsmen and Greenkeepers, and publishers of the Pitchcare Magazine, has agreed to sponsor the awards for three years, with support from Amenity Land Solutions (ALS), a national distributor of sports turf, landscape and amenity supplies, and Fornells, one of the leading suppliers of running rail.

The agreement was signed at a meeting held recently a York racecourse. Stephen Atkin, RCA Chief Executive, said, "The Racecourse groundstaff work tirelessly to provide the best ground possible and ensure that it is well maintained, consistent and safe. We are delighted that Pitchcare, ALS and Fornells have stepped in to sponsor these valuable awards to allow recognition of the work of the groundstaff."

John Richards, Operations Director of Pitchcare, Bill Watt of Watt Fences, representing Fornells, and the chairman of ALS, Bob Bolland, attended the signing with representatives from the RCA.

The agreement will cover the 2009, 2010, and 2011 awards, with awards presented to the winning Flat, Jump, and Dual Purpose racecourses. Last year's winners in these categories were Salisbury, Aintree and Doncaster.

In addition, it is intended that further examination of the awards procedures will take place to develop criteria for special recognition awards to be presented in exceptional circumstances.

Fornells have been a major supplier of running rail and crowd barrier for over thirty-five years to racecourses in the UK and throughout the world.

"We are delighted to be involved in the sponsorship of the Groundstaff Awards, an opportunity to show appreciation to the professionals dedicated to achieving the high standards required at racecourses today," said Marc Windridge, Managing Director of Fornells. "The hard work and commitment are rarely noticed within the racing industry on a day to day basis, so the annual Groundstaff Awards put a spotlight on this dedication and are a significant event within the racing year."

Fornells' products are renowned for quality, longevity and unique safety features. Supplying a majority of racecourses throughout the UK. The company has just completed a major refit of running rail and crowd barrier, in conjunction with their UK supply and service partner Watt Fences, at York Racecourse. Fornells also produce Plastic Birch which is used extensively in training fences and on jump courses in France and the USA. "Most recently, we have developed a range of starting stalls to service and supply European racecourses. Over thirty units are now in service, and are now used at Longchamp and all the other major French courses for this years Group races, including the Arc de Triomphe. We will be looking to introduce the stalls to the UK market over the next year."

Bob Bolland, chairman of ALS (Amenity Land Solutions) said; "We have been involved in all aspects of groundcare for over twenty-two years, supplying products such as fertilisers, grass seed, pest and weed control products, plus a contract team who specialise in ground care in all areas of amenity and forestry."

"In addition, we have a team of specialist and qualified advisers who cover the UK. As the amenity business is so diverse it is important to understand all the different requirements that specialist groundsmen require."

"Racecourses require a high level of expertise to function safely and aesthetically as they always have such a high profile. Because of this we are pleased and look forward to being involved with this sponsorship, which highlights the importance of good groundsmanship."

John Richards, Operations Director of Pitchcare commented, "We are delighted to have been invited to sponsor these prestigious awards. Groundstaff at racecourses are highly regarded in the sports turf industry, their work is critical to the safety of the horses and jockeys and, as such, the ongoing success of the sport. We are also delighted to have, in ALS and Fornells, as co-sponsors, two highly respected companies with good reputations for providing top quality services to the racing industry."

Who is Neil Wyatt? 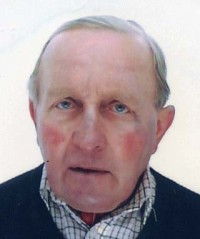 Neil Wyatt retired in 1996 after a long and distinguished career in horse racing.

He first got involved in the sport when he competed in a point-to-point race back in 1949, so beginning a long association.

Neil was Inspector of Courses from 1969 until 1996. For the latter ten years he was Senior Inspector of Courses where he was responsible for seeing that the rules laid down were adhered to, together with the safety of horse and rider. Liaison between jockeys and trainers and the Racecourse Executive was another important role.

For twenty years he rode as an amatuer jockey.

Following his retirement Neil became Director of Warwick Racecourse until 2001.

Neil said that he was delighted to put his name to the awards "to give greater recognition to the people that maintain the courses".