Edinburgh's plans to build a 'mini Murrayfield' next to Scotland's national stadium have been given the green light by the city council. 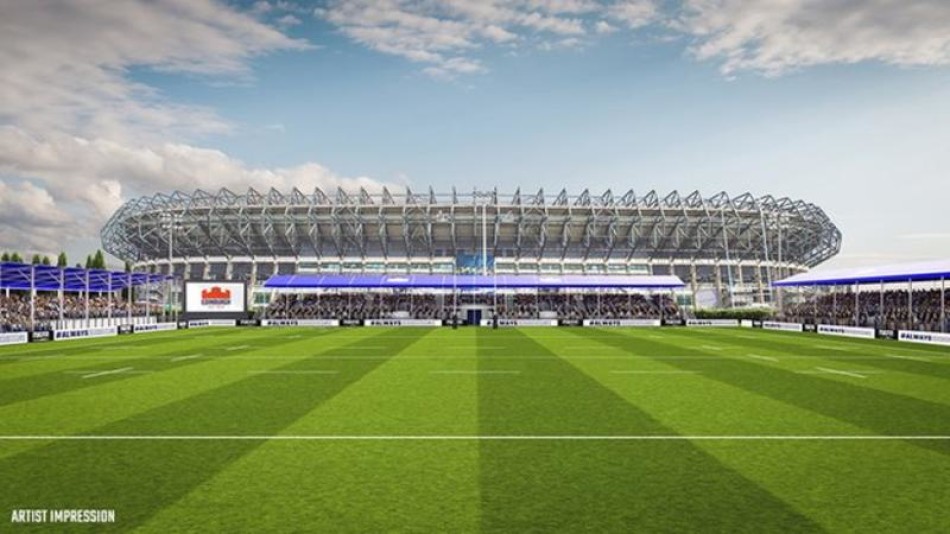 It is hoped the new 7,800-seater facility will be ready for Richard Cockerill's side to use next season.

Edinburgh moved back to the national stadium earlier this year after ending a temporary arrangement at Myreside.

Four stands approximately 8.6m high will be built around a new synthetic 3G surface on Murrayfield's back pitches.

Cockerill believes it will be "great for Edinburgh to have our own home" and the "start of something very special".

"We had 7,000 here at the weekend [for the victory over Toulon] and with the new stadium holding 7,800, we can start to get sell-out crowds like they have at Scotstoun," he said.

"It then becomes our own atmosphere, our own pitch, our own stadium, our own branding, all those things. We can build our own identity and move forward.

"We had a bumper crowd on Saturday but it still felt a bit empty because of the size of Murrayfield.

"So we need our own stadium. Hopefully this will be the start of something very special for us."

Part of the north stand will be assigned for accessible use and will have ramped access.

A detailed application was submitted in May to City of Edinburgh Council, which has given the plans the thumbs-up.

Cllr Donald Wilson, culture and communities convener, said: "After 20 years of searching for a permanent base, I hope this gives Edinburgh Rugby the relevant planning permission it needs for its own purpose-built home.

"The move should also allow the team to build on its own local identity, next to all of the action and atmosphere of a national Murrayfield game and with the same extensive transport links."

Scottish rugby chief operating officer Dominic McKay said in a letter to planners: "Our ambition is to create a new home for Edinburgh Rugby and enable us to provide the city's only professional club with a fit-for-purpose venue that will serve to further enhance performance.

"Edinburgh Rugby has spent many years working together with City of Edinburgh Council and other partners to establish a home of its own and has explored and exhausted the city's viable options."

Council officers said the proposals posed "no loss of open space", despite one rugby pitch being lost to make way for the stadium.

Scottish Rugby has undertaken to fund a programme of upgrade works to the two grass pitches at Roseburn Park to deliver increased playing capacity.

A report by planning officers added: "If these works cannot be undertaken at Roseburn Park, Scottish Rugby will provide the sum of £150,000 to the City of Edinburgh Council to be used for pitch upgrades in another location in the area."